On October 20th 2021, the majority of the BBC's adult domestic channels underwent a refresh to bring in an updated BBC blocks logo, with placement designed to be consistent across channels to allow for a smoother flow. BBC Four, usually a neglected channel in the BBC family, saw a little more change than the others from this date. The quadrants feature, which had often been missed on later idents up to 2021, was brought back to the fore despite the boxed logo no longer sitting in the centre. New idents were added to the set following this style, albeit without some of the clever optical illusion effects that had been seen in the earliest idents and instead just slightly offset footage used. These were mixed in with quadrant idents which had been added to the channel's rotation in later years. Any which had not featured the quadrant style at all up to 2021, such as their 'Born Digital' set were dropped completely. 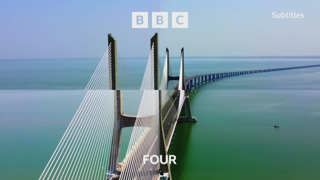 BBC Four was the only channel of all the BBC family to see new idents to coincide with the brand refresh on October 20th 2021, in addition to some refreshed existing ones. The four quadrant motif was retained, despite the BBC logo no long being in the centre point of it, but with new scenes added in to the mix. Here bridge footage makes up the sequence. 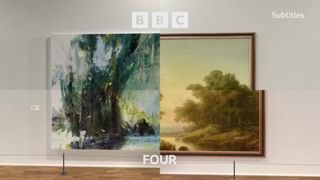 An art gallery scene makes up another new ident for BBC Four, introduced on October 20th 2021. Almost inkeeping with the original idea behind the idents, slightly different pieces can be seen in some quadrants, rather than it just being the same footage offset slightly as with many of the other later BBC Four idents. 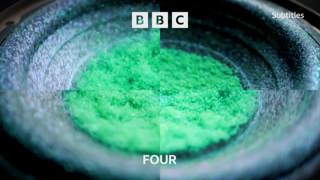 The third new ident for BBC Four for their October 2021 refresh was reserved for their Friday night music programming, and features a speaker, very reminiscent of their coloured paint and speaker ident from the previous set. 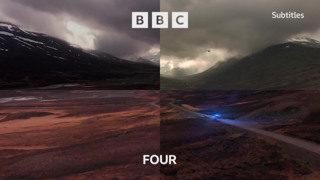 Saturday Night Dramas (or Thrills as referred to by continuity) on BBC Four were to see a fourth new ident for 2021, rather than just one of the existing ones refreshed with the new logo. Unlike previous special idents for Saturday nights, this one is designed to bring in the original 'four quadrants' theme as well. 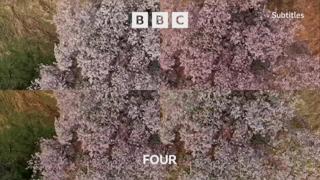 As well as the new idents introduced, from October 2021 a series of the later additions to the set were re-edited with the updated BBC Four branding. Here the tree blossoms ident, as had originally been seen during BBC Four's Japan Season, before being reintroduced to regular rotation later. 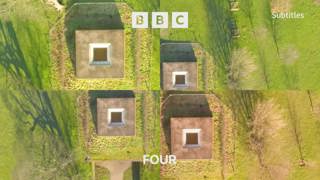 The refreshed version of the 'Houses' ident for BBC Four, used from October 20th 2021. 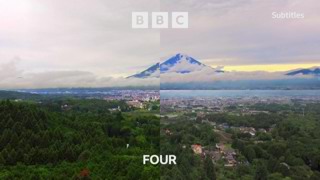 Another ident originally from the channel's Japan Season before being added to regular rotation later, and which was then retained after the refresh. The ident featuring Mount Fuji is refreshed with the new BBC Four branding from October 2021. 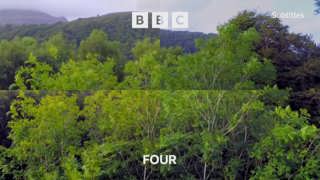 The forest ident, originally added in 2016, is updated with the new BBC Four branding from October 2021. 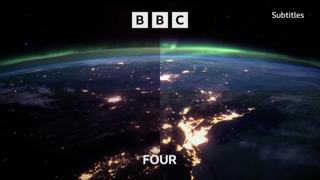 Another new ident for BBC Four brought in with the refresh, albeit not appearing until early November, featured a space scene with the four quadrant effect applied.