BBC Four launched as a replacement for BBC Knowledge on Digital on the 2nd March 2002. It was a nearly a year before BBC Choice finally became BBC Three to fill the gap in the numbering - a gap that would be reintroduced in 2016 when BBC Three ceased as a broadcast channel. Whereas BBC Knowledge was devoted to education, BBC Four is designed to cater for the 'culture and the arts' (ie - music and painting, and all that stuff!). For the launch night, the BBC fed out BBC Four live on BBC Two, so that non-digital viewers could get a taste of the channel. 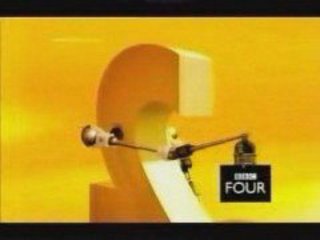 Just before 7.00pm on Saturday 2nd March, the BBC Two character appeared on screen to hand us over to BBC Two, allowing analogue viewers a taste of the new channel. A nice little use of the Two ident by the BBC, and something that was very easy with the consistent bottom right box style logos of the time. 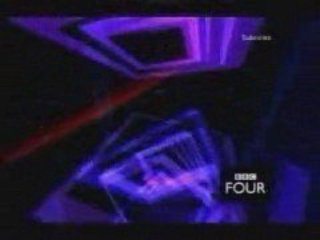 A few minutes later, and the first BBC Four ident appeared. All the BBC Four idents broadcast on BBC Two were altered slightly to include the announcer mentioning 'broadcasting on BBC Two tonight'. The idents themselves were a novel and fairly unique idea at the time, taking full advantage of modern computer technology. Each was created live in response to the sound from both the background instruments, and the announcers voice - like a Winamp plugin on steroids. 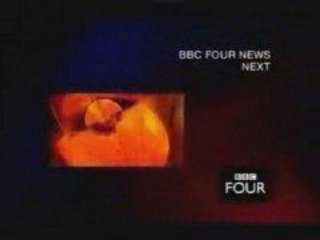 Just before 8.00, we were given a chance to see the next graphics that would be used on BBC Four. Essentially following the same style as the BBC Two slides of that time. 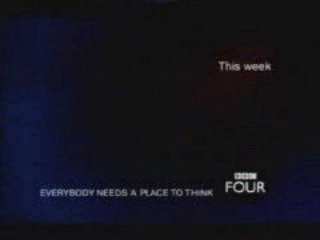 Of course, there were promos on between all the programmes, mostly for BBC Four programmes, with a few for BBC Two mixed in. This advert was shown in the 8.00pm junction on launch night. 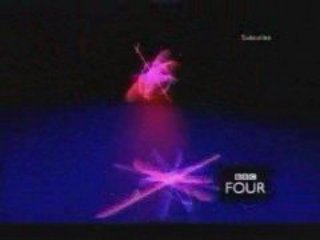 Then at 8pm, another ident, using a load of oval shapes which vaguely resemble a nuclear sign. The video responding to the audio is more noticeable this time. 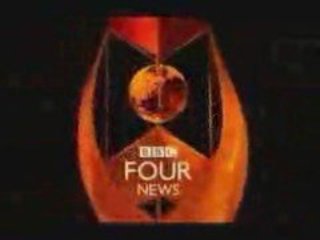 This edition of BBC Four news was shown during the first night simulcast on BBC Two... only they left the ident audio up a little bit too long! This is a programme normally scheduled during weekdays, which is played out on both the domestic BBC Four, and the non-domestic BBC World. 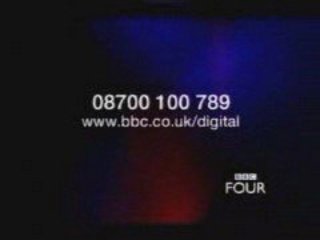 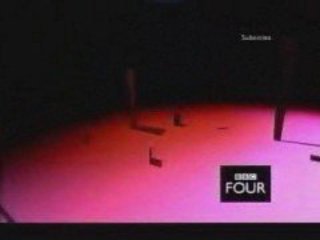 And then, a few minutes later, up came another ident, this time using bars to respond to the sound. 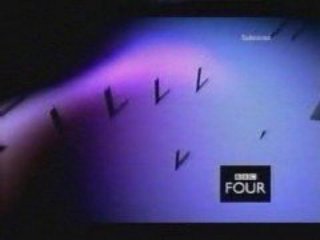 Skipping forward to 10pm, and another 'Bars' ident was seen, this time with different colours, and positioning of the bars. 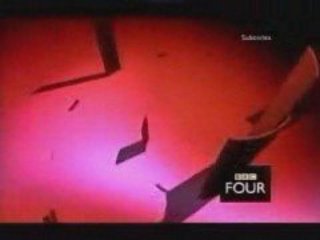 At 11pm, the bars ident appeared again. This may be a new one (Although technically every single ident is a new, as they're dependent on sound), or it may just be bars 1 from a different angle. 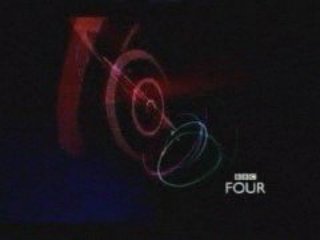 Finally, to lead us into the last BBC Four programme on BBC Two at 11.30pm, another new ident, this time using circles to respond to the audio. 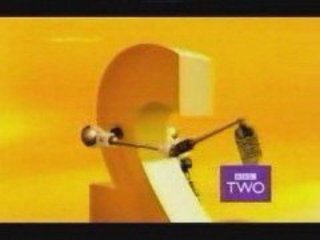 At midnight, the simulcast on BBC Two finished, and back came the BBC Two character to return things to normal. BBC Four, however, continued after this on digital for many more years to come. 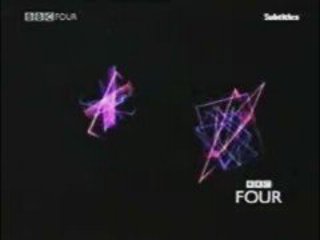 A slight change to BBC Four's idents for Christmas. The audio in the background now has a Christmassy feel.