S4C an abbreviation of Sianel Pedwar Cymru (Channel 4 Wales) launched the day before Channel 4 in 1982. For the first 28 years of its life, it broadcast instead of Channel 4 in Wales, carrying a mix of timeshifted Channel 4 programmes and Welsh-language specific programming as it took on an expanded remit of shows previously broadcast on both BBC Cymru Wales and HTV Wales. With the completion of digital switchover in Wales in 2010, Channel 4 became available UK wide, and S4C became solely responsible for Welsh-language programming. 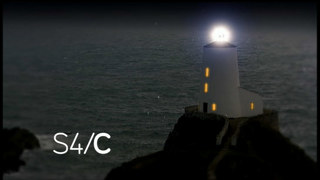 Christmas 2009 presentation on S4C consisted of a large golden star flying around various scenes. This would feature on both the promos, and the idents for that year, with the star being mixed in to local location shots. Here stars fly through the countryside, before finishing at Ty Mawr Lighthouse. 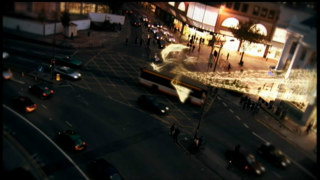 Another Christmas 2009 ident from S4C, this time with the stars in a more urban setting. 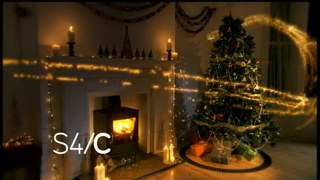 In a third (and shorter) Christmas 2009 ident for S4C, the golden stars finish up by a tree. 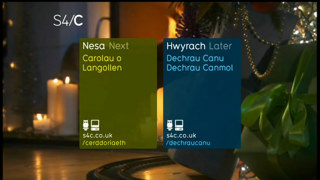 A festively adorned slide from the Christmas 2009 package, promoting shows next and later on S4C. 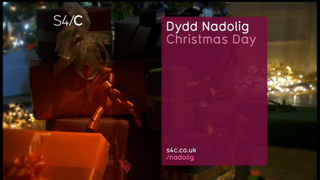 An example of the Christmas 2009 promo style on S4C, with the stars from the overall package that year featuring alongside festive updates to the endboard. Here the promo gives a rundown of Christmas Day shows on the channel. 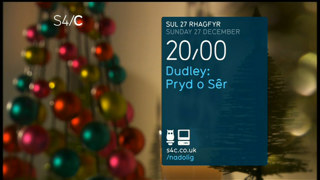 Another example of a Christmas 2009 promo from S4C, this time promoting a single programme on the channel. 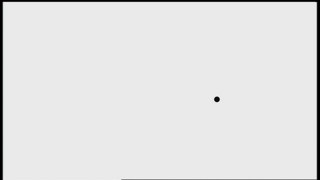 The break bumper from S4C in 2009 features a simple black on white S4C logo animating down to a dot. 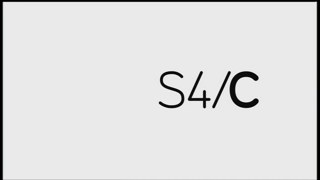 From the other side of the break, the S4C bumper animates in the opposite direction. 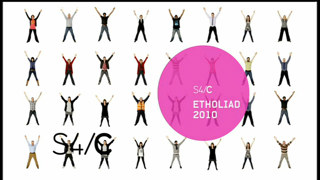 A special ident from S4C to introduce Election 2010 coverage in Wales. 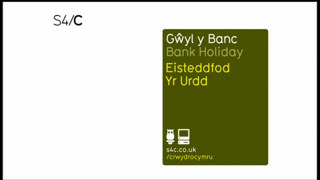 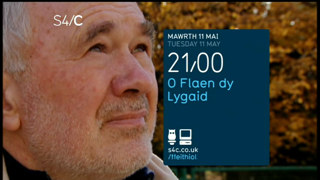 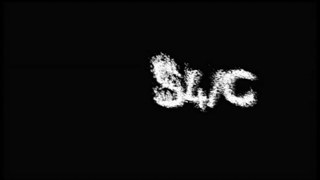 The break bumper from S4C's Christmas 2010 package, featuring the logo animating away in a 'snow' effect. 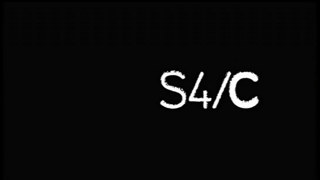 The accompanying end-of-break bumper from the S4C Christmas 2010 package features the same idea just animated in the other direction again. 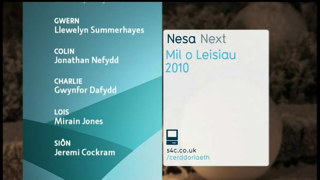 An example of the End Credit Promotion style from S4C as part of their festive package for 2010. 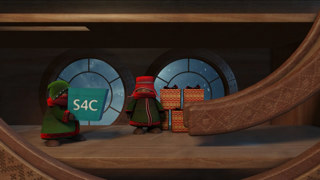 The Christmas 2018 package from S4C consisted of various scenes with animated elves in Santa's Workshop, featuring the logo and trapezium shape that had been introduced to the channel in 2014. Here the festive break bumper uses one such scene where a parcel taking on the distinctive shape of the logo slides down a chute. 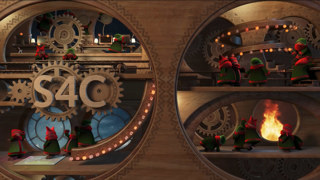 One of several idents from the Christmas 2018 S4C package, here featuring the elves busy in the workshop. Different sequences were designed for use at different times throughout the festive period. 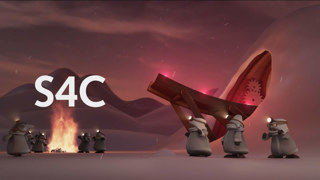 In another ident from the Christmas 2018 package for S4C, the elves are enjoying some time off after their work for the year has been completed. 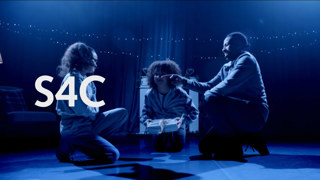 For Christmas 2019, S4C returned to people idents for their seasonal package. This time featuring various dancers in festive scenes. Young people dance around a present in this ident. 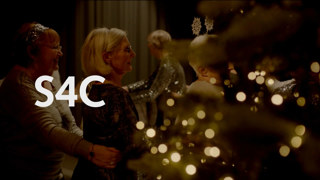 Lots of people dancing in a conga line in another S4C Christmas 2019 ident. 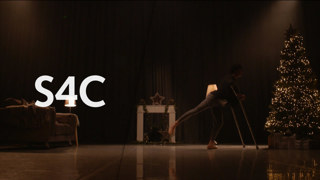 Break bumpers for S4C in 2019 took on the same scenes as the idents. Here a woman dances using crutches. 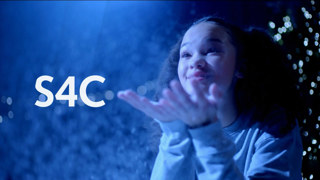 A girl blows snow in another break bumper from S4C's 2019 Christmas package. Two older people, seen ballroom dancing in some of the idents, are sat down sharing festive cheer in this S4C bumper. 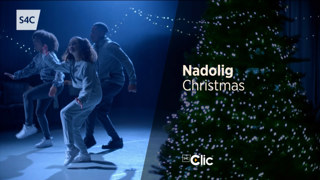 An extended general Christmas promo celebrating the big day from S4C in 2019. 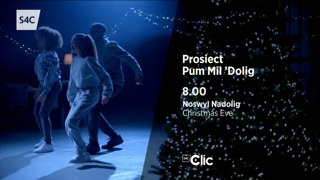 A programme promo from the Christmas 2019 S4C package. Endboards on promos used shots from the idents again, here featuring the dancing young people. 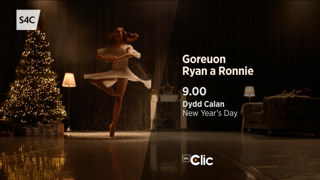 Another promo from the S4C's Christmas 2019 package, this time with an endboard based on a ballet dancer.