Quest saw a slightly bumpy launch in 2009. Originally planned for launch in May and trailered as such right to the last minute, the channel launch was delayed before eventually going to air in the September of that year. Owned by Discovery Networks, the channel acts as a free to air outlet for all the group's produced content, whilst avoiding directly mentioning the Discovery brand too often. Resulting in a mix of some of their high octane shows such as Mythbusters, alongside some overspill of sports that come as part of their ownership of the Eurosport channel. 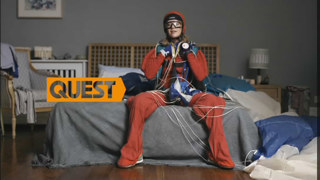 The launch package for Quest consisted of people performing different exciting activities in their own home. In this one, a woman parachutes into place on the bed in front of the TV. The main ident package, and accompanying yellow arrow logo was to last for the first 5 years of the channel. 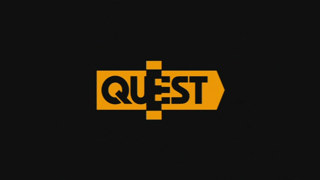 A quick flash of the break bumper for Quest from 2009. 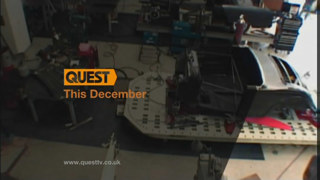 An example of the trailer style for Quest from it's launch year in 2009. With it being Christmas, they like to mention they're not going to be doing that traditional 'Christmas' schedule this year as they just like to do stuff instead. A copout surely even Channel 4 would have been proud of! 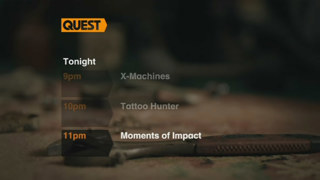 More presentation from Quest in 2009 and in lieu of an ident, this time round there's a rundown menu from the channel to let you know what else is coming up. Would you even realise it was Christmas Eve on the channel too if not told by the CA? 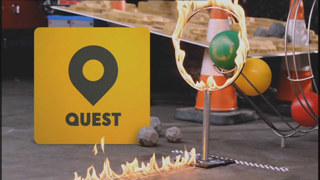 2017 presentation on Quest is a combination of programme specific idents for some bigger shows, cut together from show footage. Alongside of a series of generic idents for other times, which consist of a series of objects interacting with each other in sequences reminiscent of the famous Honda advert. These had originally been produced a few years earlier for use on Discovery group channels on the continent, before being recycled for UK audiences in 2017 for Quest. This collection features mostly cars and related driving items. 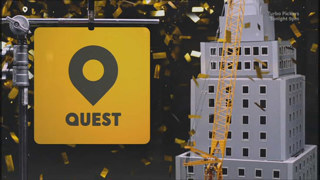 Various building and construction related items interact with one another in this Quest ident. 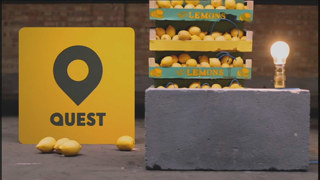 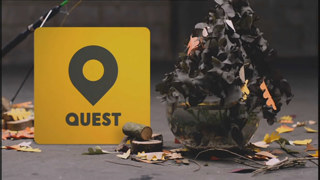 Lots of camping and outdoor leisure items for this fourth quest ident. 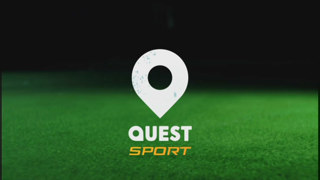 A completely different style sports ident for Quest, predating the introduction of the generic idents from 2017. This particular version is used to introduce live snooker on the channel, complete with cross-promotion of the Eurosport channel in the announcement, also owned by Discovery. 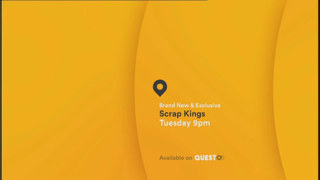 An example of the 2017 promo style for Quest, finishing with the channel logo against a yellow endboard. 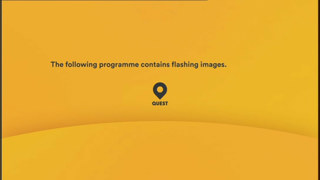 A static slide from the channel, used to present warnings at the start of relevant programming. Here letting people know about flashing images. 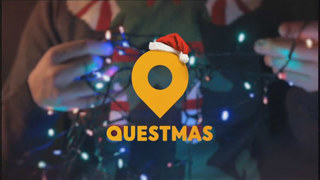 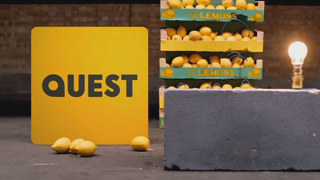 In summer 2018, a revised Quest logo was introduced. Gone was the large 'map pin' sitting above the name, keeping just the channel name written in a sans serif font with the pin making the starting Q. The idents were updated to feature this new logo and some small tweaks to the backing audio, but otherwise remain largely unchanged. 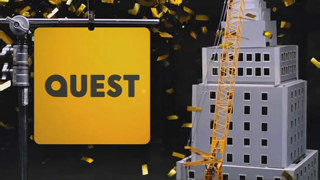 The 2018 Quest logo featuring on the construction ident. 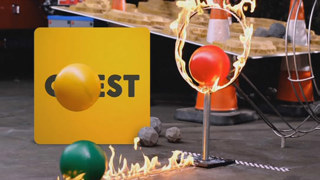 The cars don't even notice the new Quest logo on this ident. Mind they'd not noticed when it changed from DMAX Italy either. Perhaps toy cars just lack the ability to perceive change. 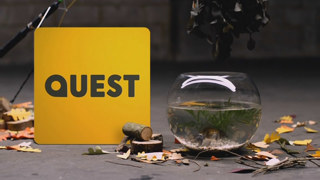 The fourth of the Quest idents featuring outdoor elements, now slightly updated for 2018. 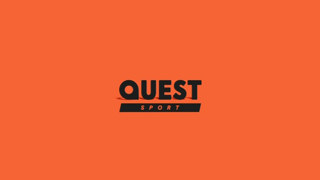 To mark the move of EFL highlights to Discovery-owned Quest in August 2018, new presentation was commissioned including animated break bumpers and this short ident. A simple affair with the Quest logo interacting with the ball. Unfortunately despite all the time spent on surrounding promotion and presentation, someone seemed to have forgot about the actual programme. As soon as the ident finished, the first show infamously collapsed straight into technical issues. 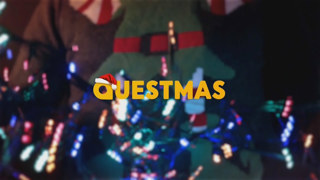 A return of the Christmas 2017 ident for Quest, only this time with 'Questmas' updated for the new style of channel logo introduced in the summer. 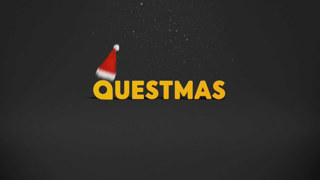 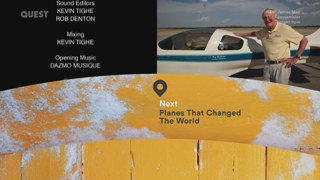 The Christmas 2018 ECP style for Quest. From an off-peak broadcast here, so no voiceover is included. 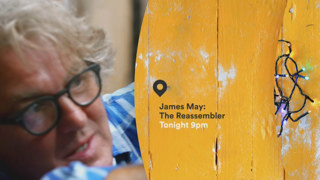 Festive endboards add the 'Questmas' branding to trailers for Christmas 2018 on Quest. 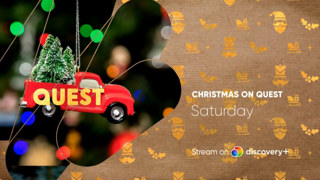 For Christmas 2020, all Discovery-owned channels took the same trailer style featuring a gift tag and wrapping paper, just with each being customised in the individual channel's colour palette. Quest takes on a golden colour to match their logo.