Blaze was launched as a free-to-air channel from A&E Networks UK (itself a joint venture between the US-based A&E Networks and Sky) in September 2016. The majority of the channel's output is made up of US-based reality shows from the parent A&E company, such as Pawn Stars and Storage Wars. Continuity on the station from launch was a little unusual in its use of pre-recorded double-headed presentation to try and create more of a 'banter' style, although this was later dropped in favour of a more traditional announcing style. 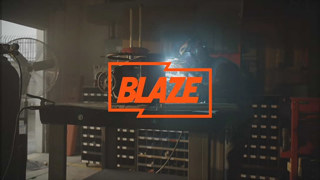 Blaze's 2016-2018 package largely consisted of idents themed around programming shown on the channel at the time, with a few graphical ones mixed in. Here an ident based on the show 'American Restoration'. 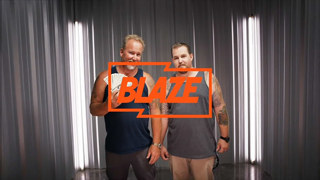 Another ident for Blaze, this time themed around the imported show 'Storage Wars'. 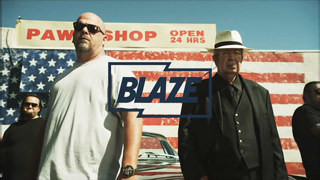 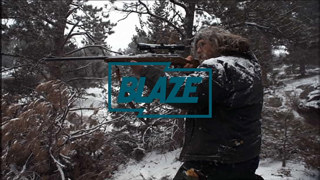 Another US reality show, Mountain Men, appears in this Blaze ident from the 2016-2018 batch. 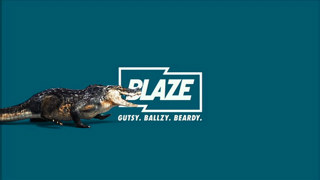 One of several more generic idents for Blaze from the 2016-2018 era, based more around graphical elements rather than a particular show. Here an alligator crawls past the Blaze logo set against a solid coloured background. With the double-headed continuity reading out some exciting facts about alligators too. 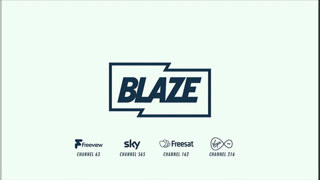 A short sting for Blaze in 2017, primarily used for promoting their channel number across various platforms. 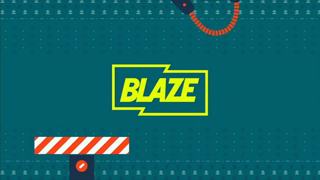 For Christmas 2019, Blaze introduced a small selection of purely graphical idents to the channel. Looping in a similar manner to their main idents which had been introduced in 2018. A Christmas Cake being cut up in various ways features in this ident. 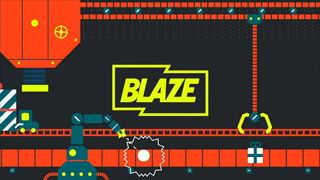 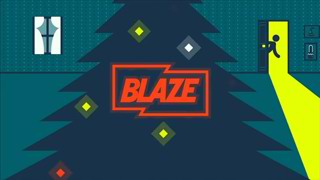 The third festive 2019 ident from Blaze featured a Christmas Tree, with a person in the background repeatedly opening and closing a door to check on it. 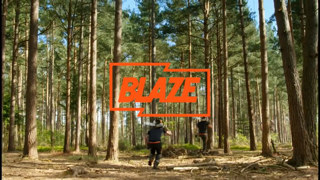 In mid 2018 Blaze replaced their programme-based idents with a series of scenes which loop over and over in an optical illusion style. In this one, lumberjacks walk through a forest with chainsaws, ducking the Blaze logo as they go. 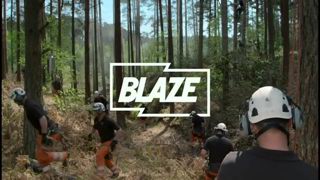 A second ident featuring the lumberjacks for Blaze from the 2018 batch. 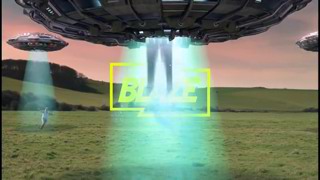 In another 2018 looped ident for Blaze, a UFO abducts a walker in a field, before dropping them again without any clothes. 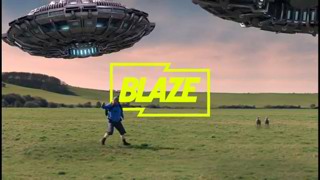 In a second UFO ident for Blaze, the walker runs on from the side of the screen. Although this time you don't see him deposited again. 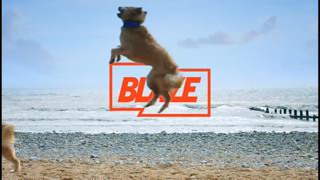 Dogs jump to catch a ball in this Blaze ident - or most of them do anyway! 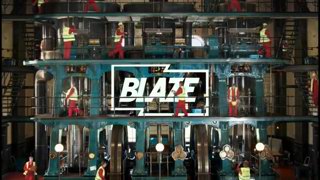 Workmen move around on different levels around a large engine in this Blaze ident from the 2018 batch. 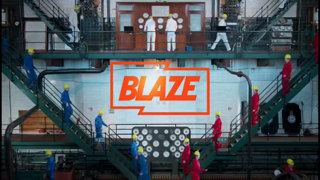 In a second workmen ident for Blaze, the workers descend staircases high-fiving at the bottom. Complete here with Christmas Day 2020 continuity, as Blaze opted to stick with their regular idents that year. 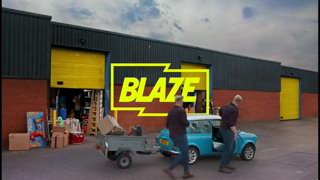 A man throws the fakest looking box ever seen into the back of a trailer in another Blaze ident. Featuring Christmas Day 2020 continuity from the channel again. 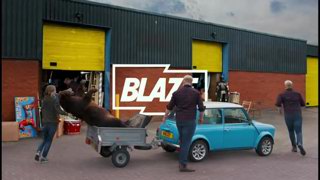 In another Blaze ident from the 2018 batch set at the lockup, a stuffed bear is being loaded onto the trailer. Aired here in their first clear junction of 2021 at 1am, albeit the event isn't acknowledged in any way. 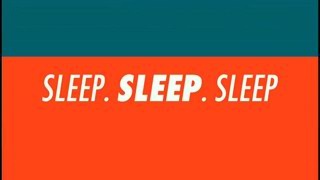 A short entirely graphical piece of filler for Blaze, used in junctions overnight for reasons known only to themselves. 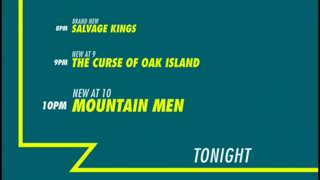 A solely graphical menu on Blaze, giving a rundown of programmes throughout the evening on the channel. 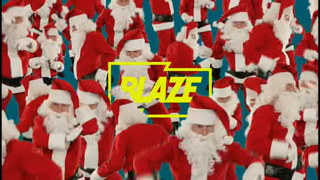 Although there were no special idents for Christmas 2020 on Blaze, break bumpers/stings which had been used in previous years made a return. Mixing live action footage over the top of their solid colour backgrounds. Here dancing santas feature. 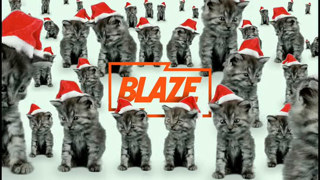 Another festive break bumper that reappeared for Christmas 2020 on Blaze, this time featuring cats singing. 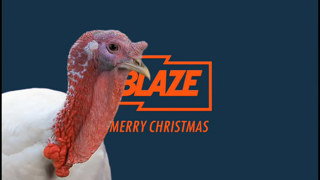 A turkey features in another festive break bumper/sting for Blaze. The Blaze logo animates in later and with an additional message compared to the others that reappeared in 2020. 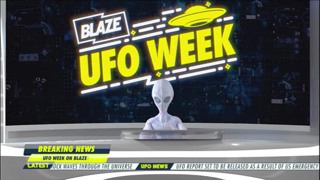 Some special no-expenses-spared in vision continuity (sortof) for Blaze to mark 'UFO Week' on the channel, in late March 2021. This followed a style that had already been seen in the runup to the week. 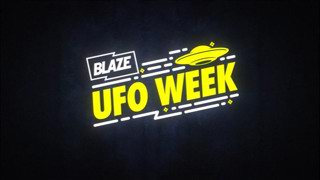 A promo for one of the shows on Blaze, featuring the 'UFO Week' special branding at the end.