Channel 5 became Britains fifth, and last analogue terrestrial TV channel on Sunday March 30th 1997. Despite having an incredible number of ident relaunches in it's relatively short history, they always kept the basic (5) logo, and 5 colours - until September 2002. Then, in an attempt to appear more upmarket, all that went out, and the channel was renamed 'five'. At least for a few years, before being renamed back to Channel 5 later down the line. 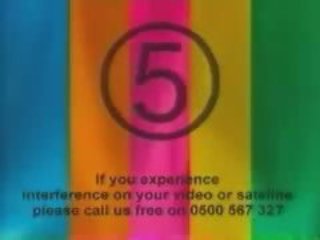 In the run up to launch day, Channel 5 ran two test transmissions on all of its new frequencies, in an attempt to see how it would affect video and satellite equipment and, if necessary, re-tune it. The test card message used to repeat twice then the advert below would come on. By the way, I wouldn't recommend ringing the number(god knows what it may lead to now!) 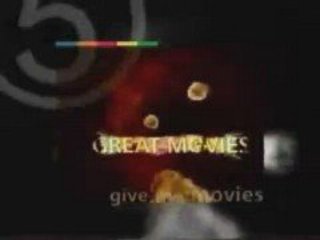 This was the other test transmission broadcast before launch. A few seconds are missed off the beginning and end (mainly with the date Sunday March 30th) due to tape issues, but otherwise the whole transmission remains in tact here. Within the last few weeks before launch, a cutdown version of this was shown alongside some of the actual channel promos. 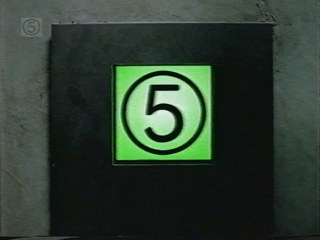 The launch set of idents consisted of mixing live action into various buildups for the 5 logo. Here an elevator goes up the fifth floor, before we see various shots of the logo for reasons not totally apparent. Complete with continuity here promoting another typically sleezy show from the channel in its earlier days. 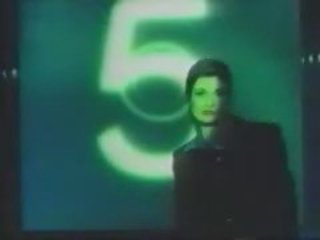 Another 1997 ident. This time it shows an effect of somebody in a studio. 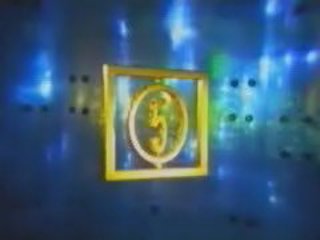 A third 1997 ident, this time showing the 5 logo suspended in a sort-of frame. 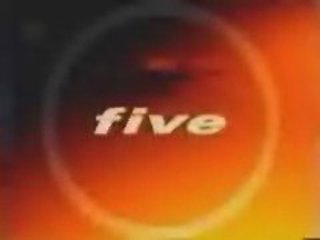 A fourth 1997 version, showing loads of leaves and flowers and other stuff like that! 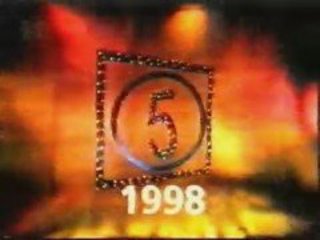 Up until the 'five' rebrand, Channel 5 were the only station which consistently introduced special idents to welcome in the new year. This example is the first new year that 5 had been broadcasting, 1998, and is a variation on the suspended frame version above. The picture quality isn't great on this, though, as the person who recorded it didn't have wonderful Channel 5 reception (Still better than mine!). 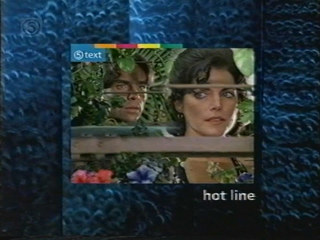 The next slide from the launch package on Channel 5 was very similar to what had been revealed in pre-launch trailers. In it's early years, the new station quickly plumbed the depths with adult material in an attempt to bring in more viewers at a low cost, with continuity here teasing just one of their many such highlights. 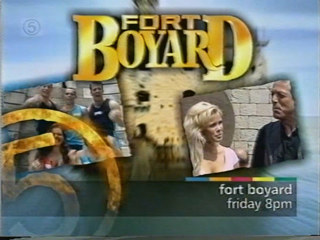 The promo style for Channel 5 for 1998. Here promoting their UK version of the Fort Boyard gameshow, with flashes of their candy-cane colourscheme appearing throughout. 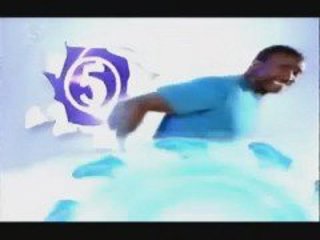 In 2000, Channel 5 introduced a selection of idents, featuring celebrities saying something. In this example it is Linford Christie. The celebrity bits were eventually dropped from these, possibly when 5 realised how cheesy they were, or possibly just as it became too costly to keep changing as celebrities moved on. After that change, they left just the logo at the end. 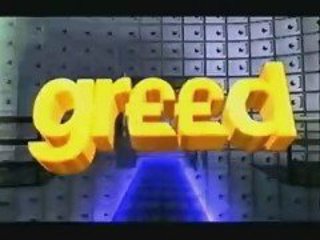 A special ident to mark Channel 5's much-hyped gameshow 'Greed'. As is often the case with much-hyped programmes (ITV take note) the programme ultimately flopped in the end, but we still got an ident out of it. 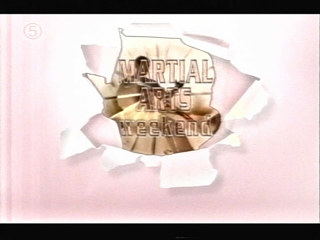 A special 'Martial Arts Weekend' ident, used on Easter Sunday 2001 to mark a collection of shows and movies on the channel. Here being used into the film Kickboxer. 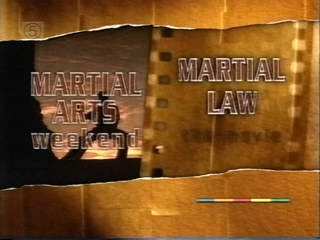 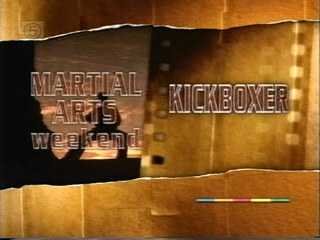 Another break bumper from Martial Arts Weekend on Channel 5, here being used during the movie 'Kickboxer'. 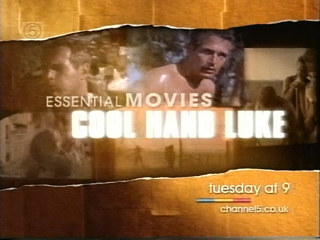 Channel 5's promo style for this era usually consisted of endboards set in the main signature colours of the channel. Here an orange version, used to promote one of the many films being shown on the channel at the time. 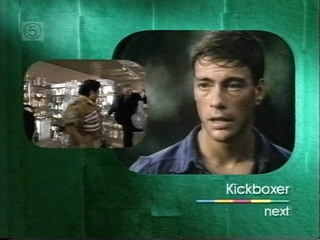 An ECP from 2000-2002 in the Channel 5 era. Here using the green colour from their colour bars in the background. 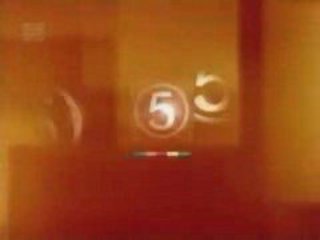 In 2002, yet another new set of idents came along. It must be said that Channel 5 were certainly keen to keep their on-screen look fresh! Even this set ddint last long though (6 months!!). This time they feature coloured squares, and a nice 5-note jingle. There are different coloured idents, corresponding to some of the signature colours of Channel 5. The blue variant of the March 2002 logo. 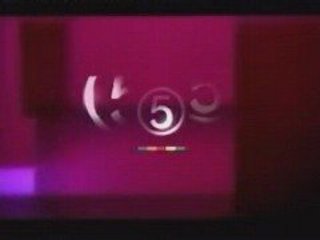 The third of the main March 2002 idents, this time in Magenta (or purpley-pink, if you dont want to use fancy names). 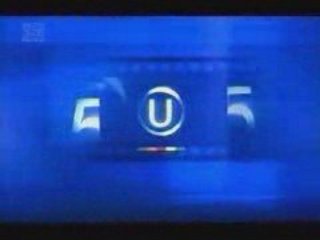 A special version of the blue ident used before films! This file includes the film rating! 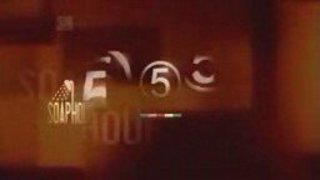 A variant of the orange ident, used at 6pm, to introduce an hours of soaps, hence the name 'Soap Hour'.