Starting with Border Television in 2008, the UK began the next big stage of one of the most significant changes to broadcasting since the introduction of colour and 625 line broadcasting. On a region by region basis, the old Analogue Terrestrial systems were turned off, in favour of a new stronger Digital Terrestrial System. In November 2009, the Granada region began switchover, being seen as a significant region in the chain due to the high population of several major cities, and being the testbed for HD services via aerials in the UK.

The switch was split into two phases. The first phase, on November 4th saw BBC2 Analogue turned off, and several higher powered digital channels moved round in its place. The second phase, on December 2nd saw the rest of the channels turned off (and technically Freeview HD turned on... though no-one could see it given the equipment wasn't actually available outside test labs), leaving the North West fully Digital. 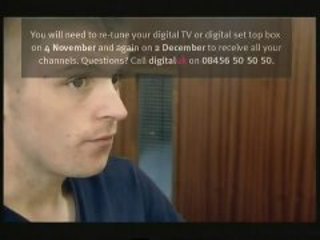 At random intervals in the runup to the analogue switchoff, the analogue terrestrial channels aired an overlaid caption, warning people of the coming changes. 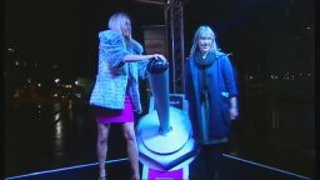 Whilst Granada made barely any mention of the switchover on their bulletins in the runup to the first switching date, November 4th, the BBC covered it quite heavily on their regional news. A brief clip here, from the Late North West Tonight report about the impending switch around midnight. 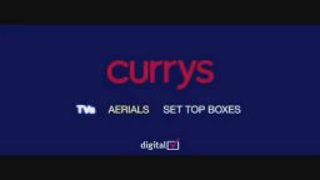 Naturally retailers were in on the act too. On Granada, this advert ran from high street electronics retailer Currys, letting people know to get their equipment before it's too late! 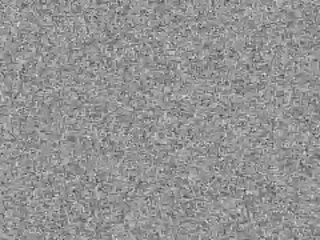 The first channel to switch off, BBC2, went off the air abruptly from the Winter Hill transmitter in the North West at 00.26 on November 4th, ending over 40 years of the channel broadcasting on analogue. 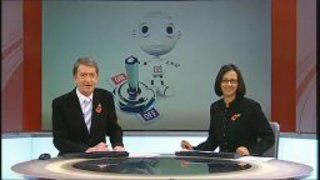 As expected, the first phase of switchover didn't go entirely smoothly. With the main transmitter for North East Wales having been switched off a week before, it meant 2 sets of strong channels were available. People managed to retune their digital boxes, but didn't necessarily end up with BBC North West on 1 and 2, often being pushed into the 800s by boxes. Gordon Burns introduces the report by congratulating people for managing to find them... 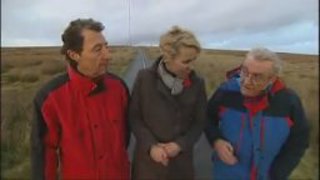 Fast forwarding a few weeks, and as the second phase of switchover approaches, BBC North West Tonight take a look at the history of Winter Hill, where the soon to be digital-only transmitter is situated. A long report from North West Tonight, on the eve of the final phase of switchover in the North West. First taking a look back at some history of Winter Hill, with vintage BBC2 footage, before a Digital UK representative shows how easy it is to retune your box... honest! 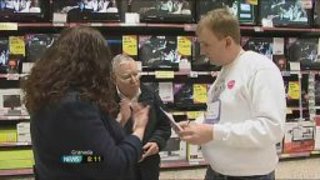 Finally, Granada gets in on the act, given phase 2 switchover will see their analogue broadcasts disappearing from the airwaves too. From the morning bulletins during GMTV, a short reminder of the impending approach, shot at a local Tesco (no expense spared!)... 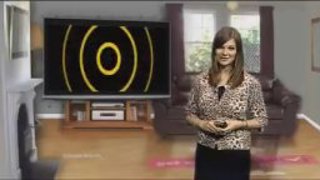 A longer bulletin from the evening news... And we're back to Tesco with Granada, inbetween a guide to retuning your equipment. 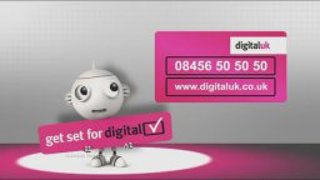 And just before we go for the night, a final reminder that we... go tonight. From the late news, with a borrowed script from the morning bulletin, but alas no shots from supermarkets! 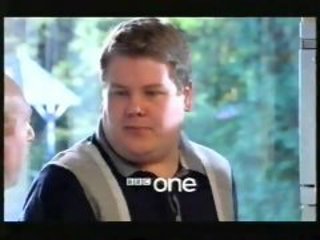 Very close to midnight this time, BBC1 became the first of the channels to switch off their analogue signal, conveniently in a programme junction this time! Channel 4 soon followed, with the third channel to go being ITV1 around 7 minutes past midnight. In the final moments, the Digital UK banner appeared over the top of the screen, just in case you'd forgotten about switchover. 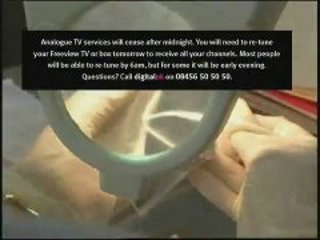 The last channel to leave was Channel 5, disappearing on analogue from Winter Hill at 12.12 on December 2nd 2009, and signalling the end of over 40 years of analogue broadcasts from the transmitter. 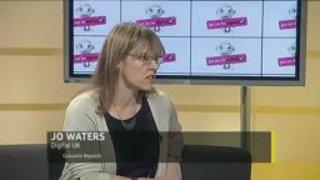 The next day, and whilst North West Tonight didn't make much mention of the event this time, Granada Reports covers the switchover. We hear of only a few complaints and problems this time, though the hint from the large amount of printouts suggests there was a lot more that could have been said...