On Good Friday 2002 (29th March) the BBC finally said goodbye to the their trademark symbol for over 3 decades. Out went the much loved globe (in the final balloon form) to be replaced with idents featuring various forms of dance, designed to represent the wide ranging audience that the BBC now serves according to the marketing blurb of the time. At the same time, the BBC clock disappeared from our screens, probably never to be seen again. Spearheading the new look was a new promotional campaign advertising BBC1 as 'The One' - this was teased out over the following weeks. 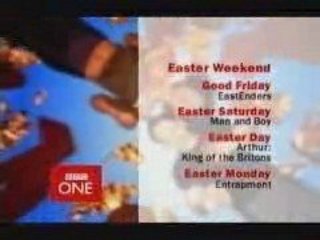 Just before 9.00am on 29/3/2002, after the Breakfast programme finished, we got our first glimpse at the new red BBC1 box. Designed to follow a visual style already introduced on BBC2 and BBC4, but deviating from it by being on the left hand side. This particular ad was double produced, as we'd seen it in the old style for a few days beforehand.

BBC One - 'The One' Snippet 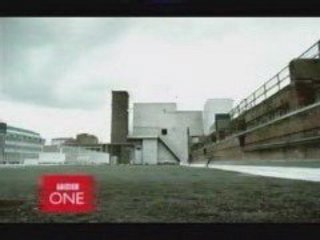 Still coming up to 9.00am, and after the first new look ad, we got to see a snippet of the new 'The One' promotion. Basically a guy drops from the sky and not a lot else happens. This was one of several 10 second snippets shown, before the full 90 second long 'The One' ad started showing about a month later which can be seen further down the page! 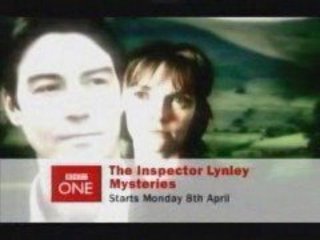 Still not quite 9.00 yet, and another new look promo is seen. As far as I can recall, however, this was a brand new ad, which had not been seen under the old look. 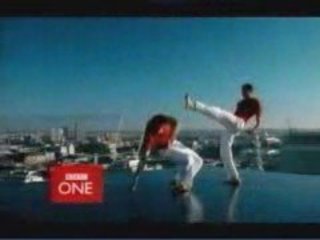 Finally, after those several minutes of procrastinating, the BBC finally let us see the first new ident of the 2002 look. The first one showing people doing acrobatics on a rooftop... as you see all the time! 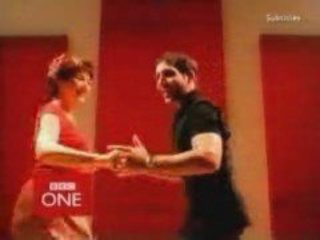 Gradually, throughout the first day, more and more of the new idents from the launch set were unveiled. This one shows a load of people salsa dancing, leading into to Keeping Up Appearances. 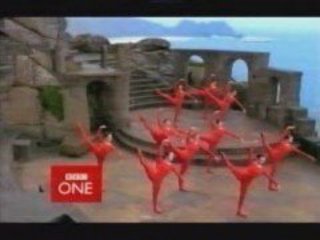 Some people doing ballet led us into the lunchtime news on that first day. Originally used around more serious programming due to it's more serene nature, this ident appeared much less on air in it's latter years. 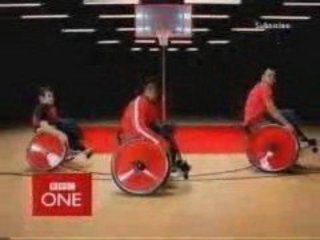 This time round we see some basketball players dancing in a trio of wheelchairs. Although... there is a distinct lack of an actual basketball in this ident! 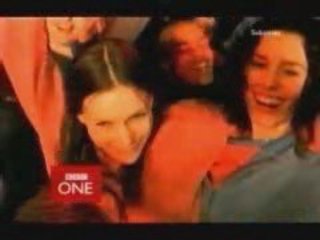 A load of people dancing in a big rave party was used on the first day to lead into the BBC's comedy series 'My Hero'. 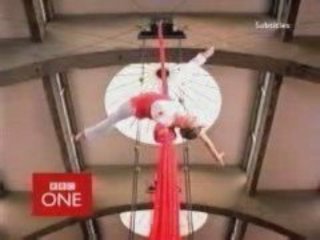 This was used to link into the film 'The Borrowers' on the new look's first day and later became the more commonly used ident to lead into the news. 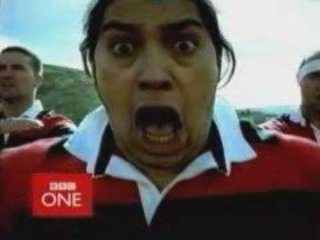 From the following day of the initial launch weekend, Haka was used was used to link in to one of the Saturday sports programmes. Ah, an ident choice you can see the connection with! 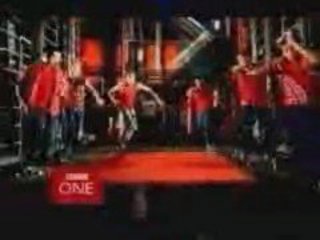 The last of the initial launch batch of idents, shows a load of workers tapdancing. This particular copy dates from quite a while after that initial launch day. 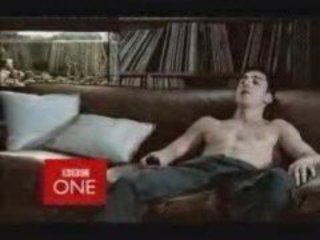 About a month after the new look launched, the full version of 'The One' promo started showing. Basically it shows a guy desperate to get home quickly to avoid missing something on BBC One. The promo was usually attached to the beginning of a major new program, being preceded by an ident announcing something vague like like 'BBC One - Its The One'. This, for example, was shown at the beginning of the new series of Auf Wiedersehen Pet in April! Sky were later to parody this with their own version, which can be found on the Misc page. 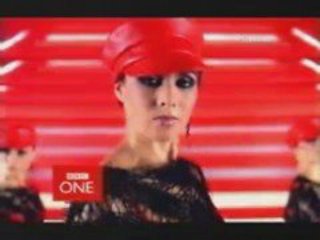 When the 'red box' idents were introduced, there were initially only 8. Despite early promises of another 8 coming by the summer, this never materialised. Finally, in October 2002, a new ident was added, tying in with the start of the BBC's 'Fame Academy'. Basically, a group of people making a pop-video, with lots of red and white flashy lights. This recording is from its first airing, at 8pm on October 4th 2002, hence the announcer lets it play out clean for a while before they begin talking. 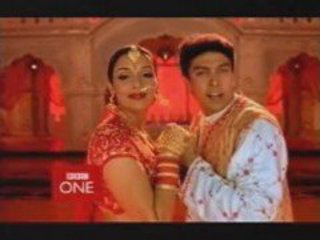 Later in 2002, another new ident was unveiled, this time playing upon the dancing typically associated with the Bollywood film industry. 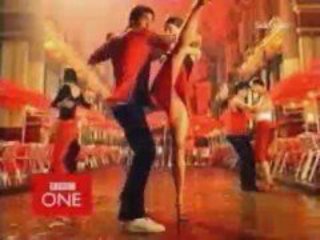 The next new ident was introduced in January 2003, just after the Christmas one disappeared. This time the theme was 'Tango' (The dance, not the drink). Great music, shame about the studio-look! June of 2003, and another new ident finally appeared. Based upon Tai Chi, this certainly looked a lot classier than some of the other recent ones, possibly due to the lack of the cheap and tacky studio look. Being another calm and serene ident, it added to the set appropriate for use before serious news programming. At launch, the ident initially consisted of the camera slowly rotating. 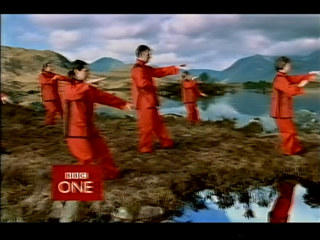 Not long after launch, a second edit introduced based on the Tai Chi ident. Almost identical, save for removing the camera rotation present in the initial version. 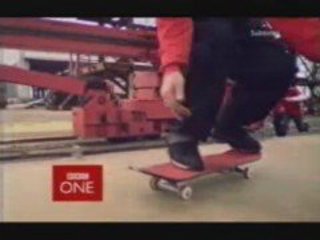 September 2003, and another new addition to the set. This time featuring skateboarders dressed in red moving through the famous Harland & Wolff shipyard in Belfast (also containing a coincidentally high amount of red objects - look how that panned out!). 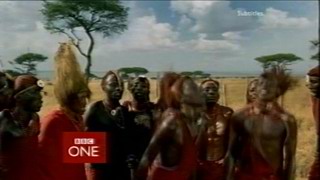 Making up for the lack of a new BBC One ident over Christmas 2003, the start of 2004 saw the introduction of the latest ident to the Rhythm and Dance set. Filmed on location in Kenya by the BBC Natural History Unit who were out producing a new series of The Big Cat Diaries, Maasai featured a traditional tribe from the area. 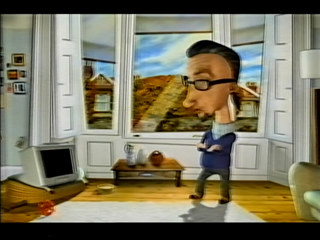 Teach your old television some new tricks with a digital set top box. One of many adverts aired throughout the 2000s designed to attract attention to the BBC's still fledgling digital services. 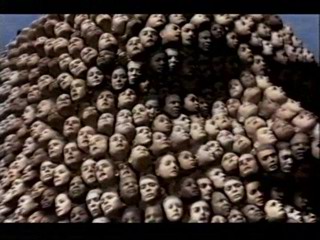 Another digital channels advert from the BBC, shown here in a junction on BBC One. Featuring a giant head made up of lots of smaller ones, this promo gained some notoriety at the time due to the large number of complaints received over the 'frightening' imagery.