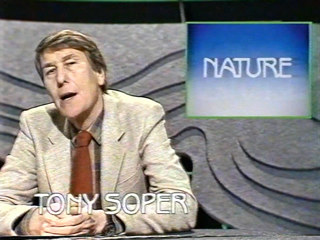 Taking a different angle to news and current affairs, Tony Soper presents Nature. A weekly magazine programme designed to take a look at the happenings in the natural world, which began in 1983. 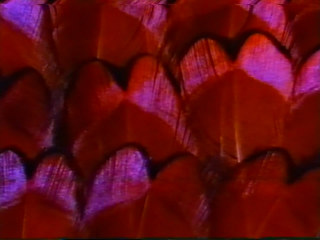 Birds for all Seasons was a three part series of documentaries focused on the avian world, aired in September 1986 on BBC Two. Featuring narration by Magnus Magnusson and some ghastly music for the opening titles. With apologies for some minor tape distortion at the start. 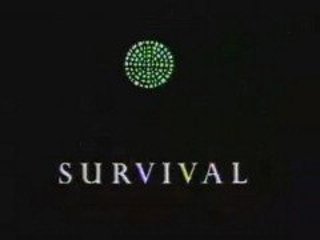 Survival used to be ITV's flagship wildlife programme and, at one time ran regularly in an evening slot. Originally produced by Anglia Television, as years went on it was downgraded to running in 'Specials', which means not very often to you and me, before in the mid 2000s then parent owners Granada finally disbanded the remaining production department. An opening from it's heyday in the 80s that was in use for many years. With simple animation and an almost ghostly soundtrack, it was certainly memorable. 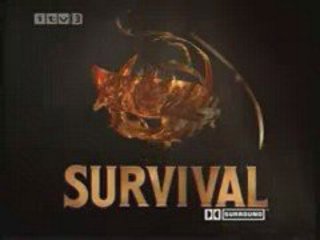 A new logo, and a new opening sequence. Though the computer rendered graphics are impressive, it still doesn't have the charm of the early 90s look. 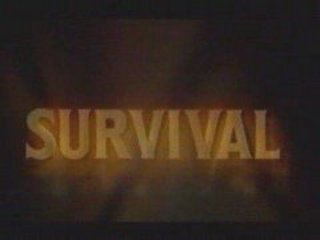 The 1995 opening sequence for Survival, looking similar to the previous look. It was no contest for the old one, in my opinion. Oddly, the sequence is in a sort of fake widescreen (as is the entire programme from this time). Given the lack of widescreen TVs around then, it does seem a strange decision. 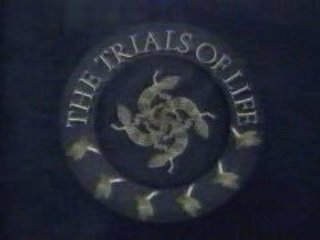 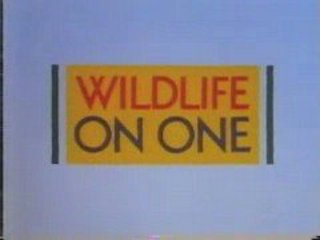 Wildlife on One, was for a long time the BBC's flagship wildlife programme, and lasted from 1977 to 2005 with presenter David Attenborough. This captivating sequence from the late 80s features animated animals flying towards the screen and morphing into others. 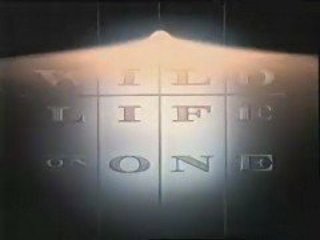 This opening dates from 1993, and was used for several years. The picture of the animal is different on each programme (Depending upon what its about obviously). 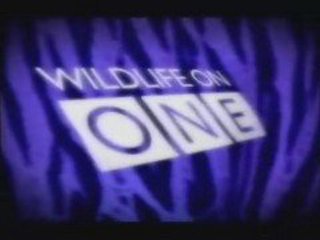 This is the opening from one of the later series. It was introduced from the beginning of the series in 2000, and shows the 'one' being made up from the post-1998 BBC One logo. 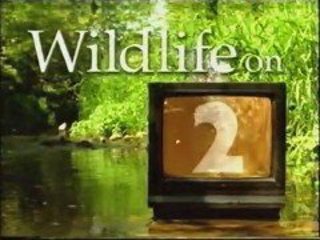 Programme name creativity isn't anywhere near as high on the agenda as the content. First we had Wildlife on One, shown on BBC1... then came the repeat showing in Wildlife on Two, funnily enough on BBC2. I wonder what they would have called it if it was shown on BBC Choice? 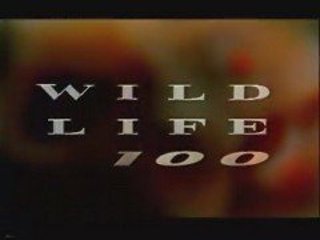 Wildlife 100 from around 1993, was Wildlife on One, repackaged as part of a best-of series, although containing different titles to the regular series of that time. Computer graphics show morphing between different animals. 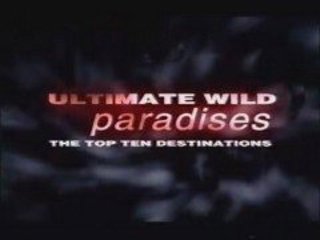 On Easter Monday 2001, during the peak of the foot and mouth crisis, the BBC decided to clear BBC2 for the evening, and scheduled this three hour extravaganza. Presented by Bill Oddie and revisiting the Top Ten Destinations in the World. Some of these places were just touched on briefly, whilst others had repeats of the programmes to go with them. 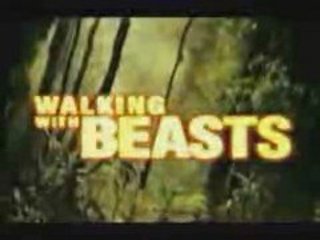 Walking with Beasts was the BBC's follow on series to their hugely successful 'Walking With Dinosaurs'. It shows computer graphics being put to good use (ie, not being used on an advert for something!!). Its not really all that clear whether it should be classed as a wildlife programme, but never mind!! 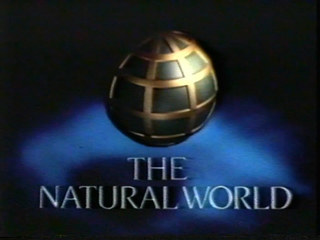 The Natural World is a long running BBC Two wildlife series, and one generally *not* narrated by David Attenborough for a change, although it was a spin off from a show originally commissioned by him during his stint as BBC Two controller. The show in its current form began in 1983, and continues to present day making it the longest running nature programme on UK Television. Titles from 1986 here. 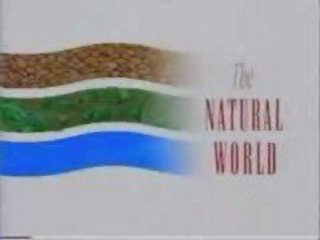 Into the 90s with The Natural World on BBC Two, with apologies for some slight quality issues. 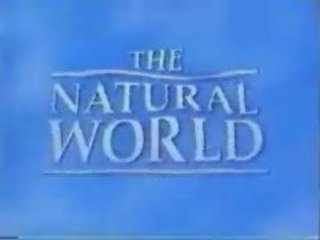 A recording of the Natural World from 1994. 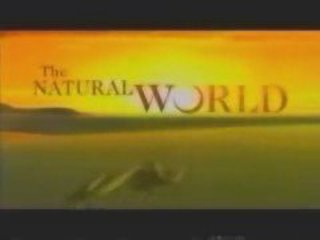 Similar musical notes but a new set of visuals from this 1997 title sequence to The Natural World. 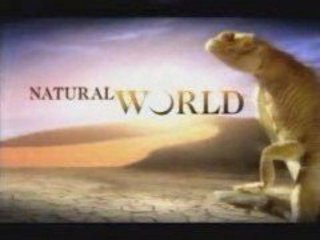 2002 and a massive rebrand for The Natural World. They've lost 'The' from the title.