The second main visual identity launched on Channel 4 came along in October 1996. With the imminent launch of Channel 5, 4 were keen to introduce a fresh look to their onscreen identity. As part of the rebrand, the distinctive shape of the logo was retained, however gone were the colours. Instead the logo was now contained with a series of connected circles throughout all their presentation elements, with everyday scenes being used for the main ident package. It was always going to be a tough act to follow the famous coloured blocks with them having been in use so long, and ultimately ended up not proving particularly popular with the public. 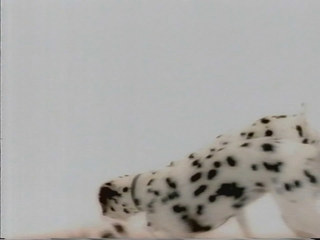 The connections idents all featured an everyday life scene, which the 4 circles arranged in different ways would overlay. Here a very short Channel 4 Connections ident with dalmations going past in the background. 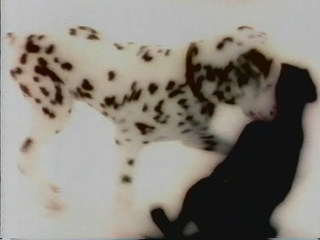 Another pet-based ident from this era. This time round, some puppies are playing in the background. 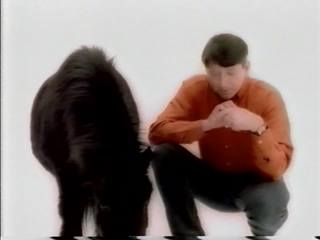 Another Connections ident from daytime Channel 4, this time featuring a small pony, and references to a tea set. 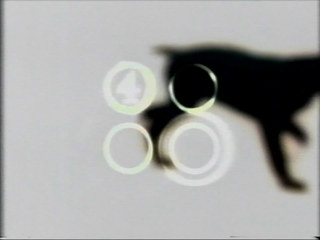 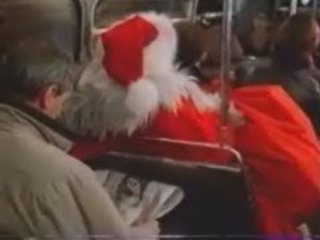 A Christmas 1996 version of the Connections ident. Similar in style to the regular ones, but with a festive remix of the usual notes. 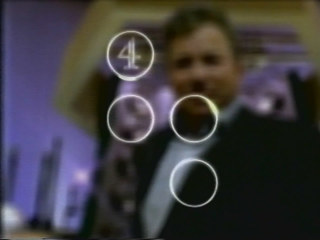 William Shatner appears in this Channel 4 ident, providing a pre-recorded link for 'Space Cadets'. Space Cadets was a one-hit comedy panel series aired in 1997 and hosted by Bill Bailey and Craig Charles. One of the episodes had featured Shatner as a guest, hence his availability to record the link for it. 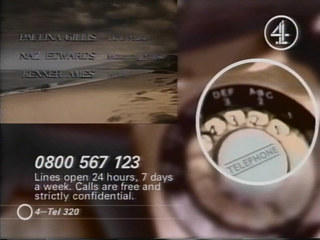 The End Credit Promotion style for Channel 4 in 1997. Although more commonly used for promoting supplemental information for programmes still at this such as phone numbers and related books. 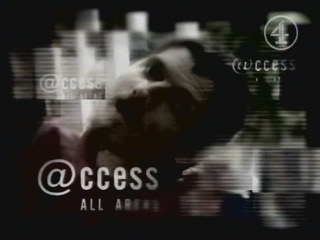 An example of the trailer style for Channel 4 during the connections era, introduced in late 1996. Here promoting a show in their 'Access All Areas' strand. 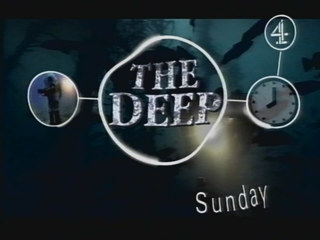 Another promo from this era. Only this time with it advertising an underwater based show, all the regular endboard graphics take on a watery edge. 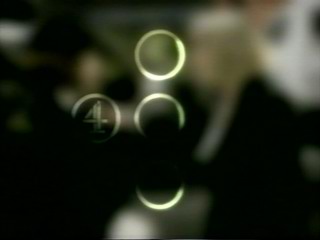 In another fairly mundane scene from the Channel 4 'Connections' package a woman is seen arguing with a Traffic Warden as her car is towed away. 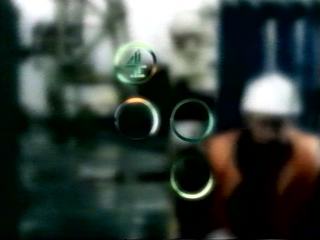 A mix of a timelapse background and a realtime foreground in another Channel 4 Connections ident from 1997. 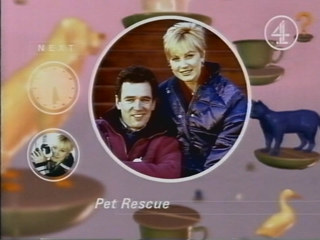 A next slide from 1997, with some alliteration used to promote an episode of Pet Rescue following after the break. Followed here by a brief break flash. 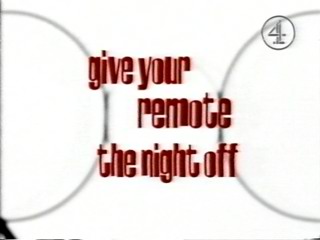 Channel 4 advertises a rundown evening of several new sitcoms in 1997. Yes, despite popular belief there was a day when Friends and Frasier were both still new. 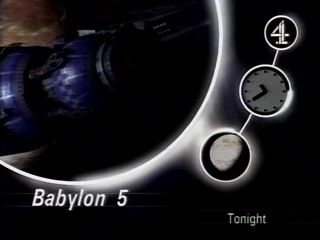 Another Channel 4 promo, this time to draw attention to a new series of US import 'Babylon 5' starting on the channel in 1997. 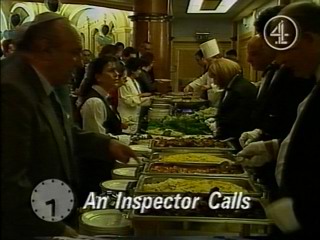 The clock graphic appears several times in this promo for multiple shows in the same evening on Channel 4. 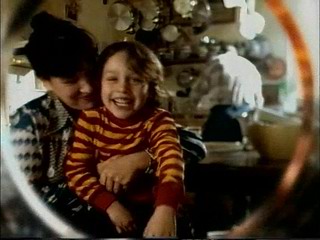 A woman and child appear in the foreground in yet another mundane scene for this Channel 4 ident. 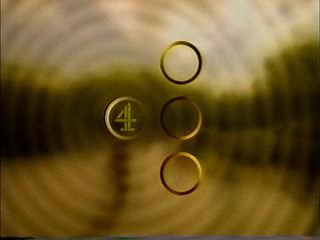 One of the 'blurred-timelapse' style Channel 4 Connections idents, this time using a park setting. 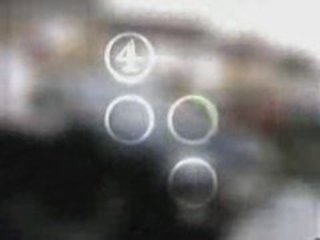 Another of the connections idents - This time with a man washing his car! If you can contain your excitement for just a few moments longer. From late 1998, and the 4 circles drop in to view immediately rather than having a segment of unblurred video first. 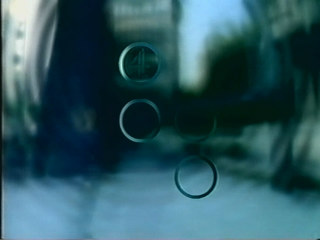 Another city scene, albeit once again mostly seen out of focus as the 4 circles of connections appear immediately without any short video formup. 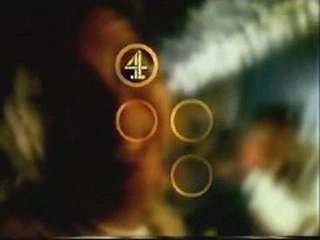 A woman appears in this Channel 4 connections ident. 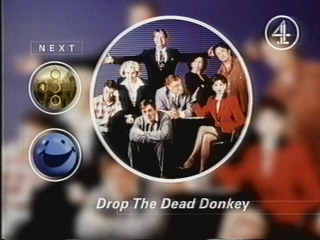 A next slide from the Connections era on Channel 4, here promoting a change in the schedule.