FTN was a short lived channel, originally announced as one of the channels to join the new Freeview service way back when it started, and finally made its debut a few months after Freeview's October Launch, alongside UK Bright Ideas. Unlike the UKTV channel with which it shared space, and which is owned as a joint venture between the BBC and Flextech, FTN was a wholly owned Flextech operation. Despite the limited hours, it was intended to become one of the most popular free channels in the multi-channel home by picking the best of content from Flextech's other wholly owned Satellite channels. Sadly things didn't quite work out for them, with much of the schedule being filled with shopping.

The final death of the channel came in late 2007. With the changes at NTL to form the new Virgin Media, the channel was replaced with a slightly more high profile channel called Virgin 1. This however was shortlived with the channels being sold on again to Sky a few years later who quickly wound down the free channel in favour of their paid offerings. 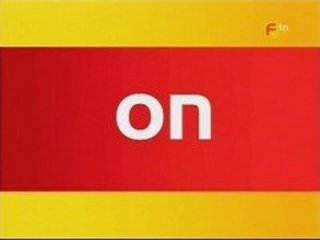 When the channel first comes on... we're told 'on'. Sounds easy enough! 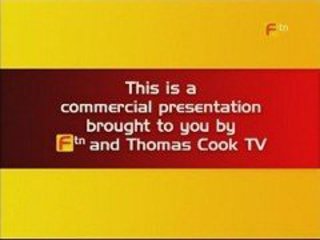 Despite the best efforts, the channel was struggling to pull in the viewers, and thus advertising revenue. The Quick Solution? To allow Thomas Cook TV to broadcast their shopping channel in the first two hours of FTN's airtime every evening. The handover ident is a very low-key affair... as lets face it, would you want to be advertising where you have to hand over to another channel in order to make enough money to stay on air? Luckily, this disappeared for the start of 2007, as the channel began to reinvent itself. 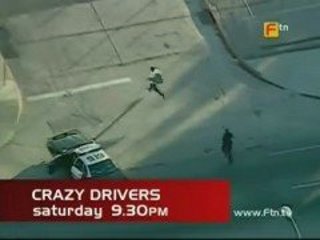 A promo for one of the programmes on FTN... and finally something a bit more lively from the channel pres. 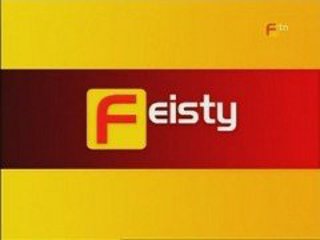 All idents on FTN are short animated affairs and come complete with a keyword... kind of like ITV2's old style, only with more yellow and Red, and a big 'F'. 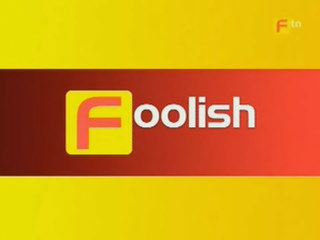 'Foolish' is the keyword for the Flextech channel this time round, with appropriate accompanying sound effects. 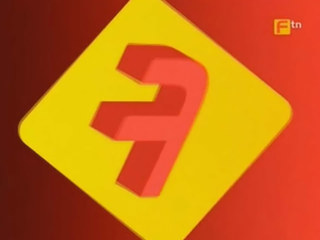 A longer version of the FTN ident, with the logo animating back into itself. 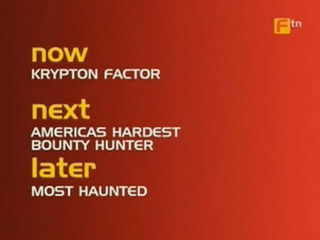 A menu graphic from FTN, complete with voiceover telling us what's to come on the station that evening. 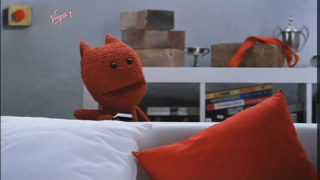 Red hides behind the sofa as we're reminded about red button functionality on Virgin Media. 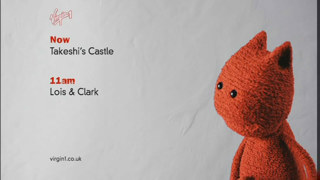 A programme run down menu from Virgin1, with Red overseeing what is coming up on the channel.

Virgin1, the replacement for FTN after Virgin Media came onto the scene, saw an unusually large christmas package for such a small channel in 2009. As well as a series of idents, multiple bumpers and tweaked ECPs and trailer styles were brought out. In this ident, the channel's short-lived mascot Red sits atop a christmas tree. 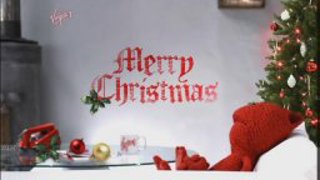 A merry christmas holding page. Not officially an ident usually being flashed up as a break bumper, but on occasions it would be announced over as such. 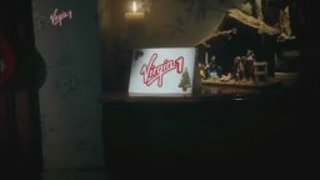 Red's feet dangle from the chimney in another Virgin1 ident, before finishing with a zoom in on a Virgin1 christmas card. 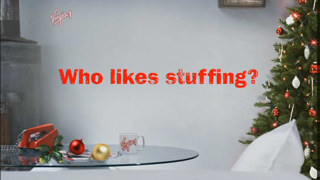 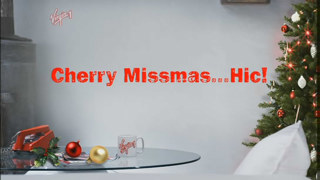 A little too much to drink for the festive season in this break bumper. 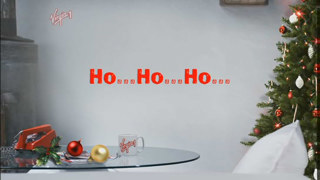 A simple Ho Ho Ho in this break bumper. I'm sure there's a gardening joke in here somewhere. 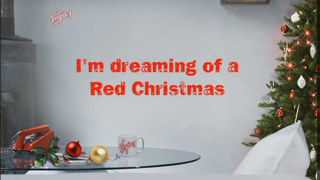 Everyone is dreaming of a Red Christmas, right?

The festive ECP style for 2009 on Virgin1, where the credits are shrunk to an illegible size on a laptop screen. 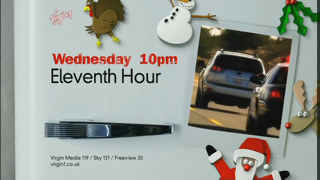 The Christmas 2009 promo style for Virgin1, and the endboard fridge magnets have a more festive slant. 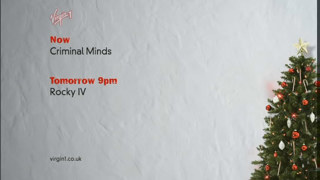 A Christmas menu running through a few programmes. Essentially the same as the regular non-themed menu, only Red has been replaced with a tree. 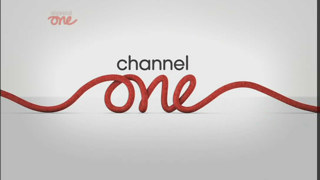 Despite the initial investment put in by Virgin to the channel, it wasn't long before they decided they wanted out of the channel game completely, selling off what had previously been the Flextech channels to Sky in 2010. Not having taken over naming rights, Sky quickly rebranded Virgin1 as 'Channel One' whilst they began winding down the station completely over the next few months before closing it on 1st February 2011. With it not having a long term future, the presentation package for Channel One was very simple, with a red line making shapes on screen. Idents consisted of one main ident, with various objects woven into the line, cut into different lengths. In this midlength version, a body, a planet and a speedboat feature. It was a pretty odd selection of prizes on Bullseye that night! 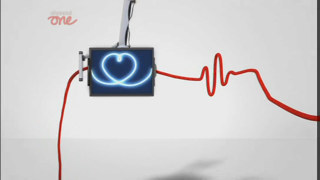 One of the several short idents, usually used into shows without an announcement, or sometimes used as stings. A heartbeat is monitored in the red string. 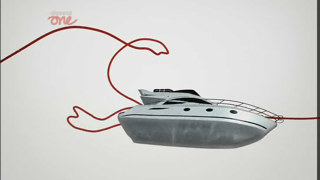 A short cut of the boat for this Channel One ident.

Somewhat predictably, a short cut of the planet from the main ident for this short Channel One ident. 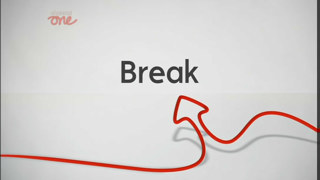 For general break bumpers, string animates into the shape of an arrow with wording overlaid on the screen. Depending upon which side of the break it falls, the wording either refers to the fact the break is starting or the break is ending. 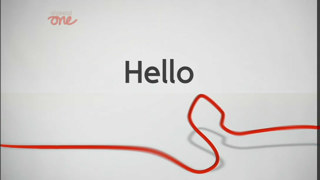 'Hello' is flashed up on screen to welcome you back from a break. 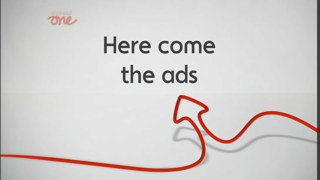 Channel One leaving you in no doubt as to what to expect in this break. 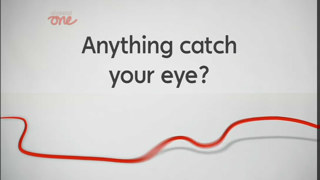 Another end of break bumper. Did anything catch your eye during that break? 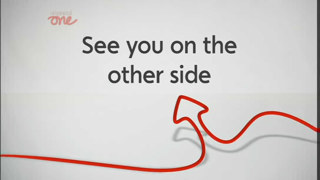 Sky perhaps reminding you that even if you change channels, they still have you watching them in this break bumper? 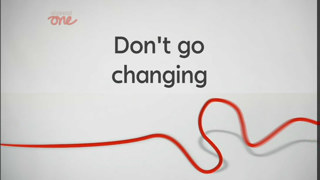 Actually we changed our mind. Don't go changing the channel after all, as you might end up on ITV or Channel 4. 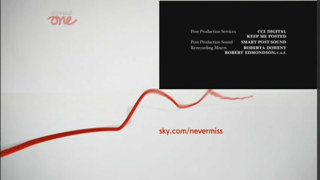 The ECP style for Channel One was much simpler than predecessor Virgin1 had been, which also led to it being somewhat more legible. By the time this one was broadcast on the last day of Channel One, it was largely being used to promote other Sky services you could continue to watch after the channel's closure. 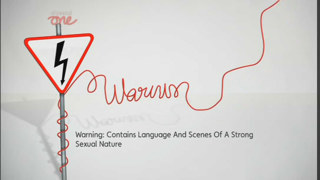 For when the content gets just a little bit too steamy, a content warning sting for Channel One.