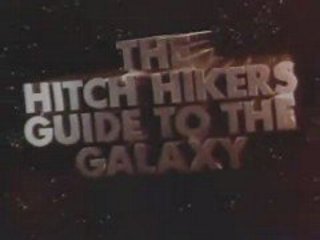 Based upon the Douglas Adams book of the same name, this cult BBC classic was first made and shown in 1981. The cheap special effects, in the same mould as Dr Who, helped tell the plot without detracting from the story. 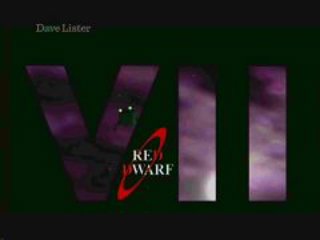 Red Dwarf is an odd programme, which sits somewhere in a bizarre world between a sitcom and a sci-fi programme. The basic premise centres around Dave Lister, who awakes from stasis to find the entire human race has been wiped out, leaving only him, a hologram of his former shipmate Rimmer, and a humanoid character called 'Cat' evolved from a pet cat Lister smuggled on the ship some years earlier. Never taking itself too seriously, and always run on a shoestring budget, the show ran for 10 years on BBC Two, before finally ending on a cliffhanger at the end of Series 8 in 1999. This opening stems from series 7. After surviving in repeat form for many years after that, almost a decade later in 2009 the show was revived by digital channel Dave. 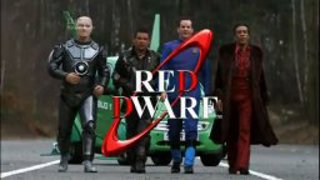 After a 10 year hiatus, in which there were several aborted attempts to either start a movie, or produce a series 9, UKTV commissioned a series of one-off specials entitled Back to Earth, reuniting the cast of Red Dwarf for their first new adventures in a considerably long time. Still on a low budget, but now filmed in widescreen, and HD. Whilst the one of show was met with mixed reviews, the overall success of this led to the commissioning of a complete 10th series by Dave. 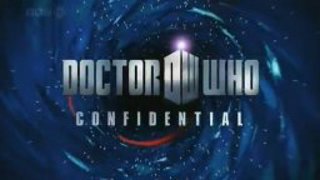 The BBC revived Doctor Who in 2005 as a primetime Saturday night family drama, after a long hiatus. Alongside this, a behind the scenes documentary programme was produced for BBC Three. Known as Doctor Who Confidential, a show would be produced for each episode looking more at how it was put together. After running alongside 6 series of the main show, the Confidential show was finally axed as part of the budget cutbacks to BBC Three in 2011.