The BBC HD channel launched as a trail service in 2006 for the airing of Planet Earth before being upgraded to a full channel in it's own right the following year. Initially the channel was designed to show simulcasts of programmes from all the other BBC channels, only in high definition, with any gaps in the schedules being filled with other HD programming from the BBC's library. Spending its years with its own branding and continuity, there were two main looks to the presentation during the channel's lifetime, with the second coming in during 2009. The channel was eventually closed in 2013 and replaced with a BBC Two HD simulcast - partly as a cost-saving measure, but also due to the fact by this point there was enough HD programming on the main BBC channels available to run them full time. 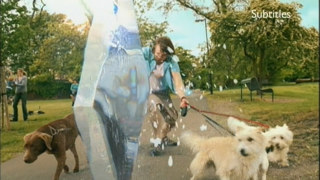 The main idents for BBC HD were filmed sequences featuring a clever mix of ordinary scenes with the diamond device appearing and providing a glimpse of something much grander and more dramatic. In this ident, a group of dogs are pulling on leashes in the park, before revealing a pack of sled dogs battling arctic conditions. 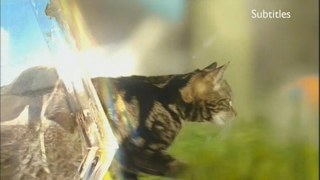 A cat chasing birds by a picnic site breaks away to reveal a lion hunting prey in the wild. 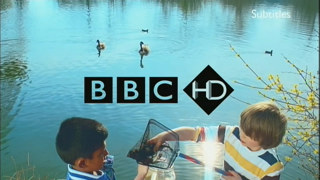 Some children fishing in a lake capture a small fish, or possibly a huge shark if you believe what you see in HD! 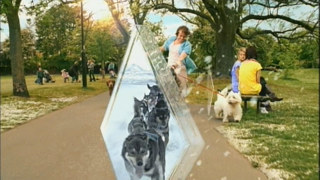 A short sting based upon the dogs ident. 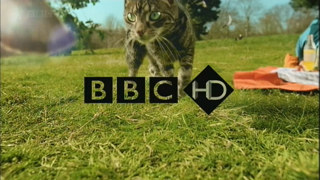 Another short sting for the channel, this time based upon the cat/lion ident.

A slide promoting what's coming up next on the channel. The background is static in this, with the foreground logo and text animating on. 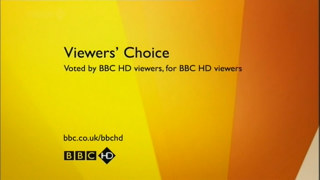 Another slide to promote the 'Viewers Choice' on BBC HD, featuring programmes voted for by the public as most popular to see again. This time both foreground and background are animated. 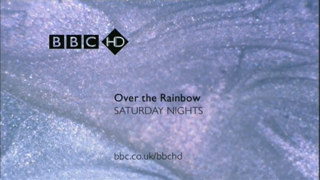 Most programme trailers for the channel were double produced alongside the regular trailer for BBC One/Two etc, but with the voiceover mentioning BBC HD and endboard graphics changed. Various endboard colours were available. Here Graham Norton voices the BBC HD trailer for 'Over The Rainbow' with a purple/silverish background. 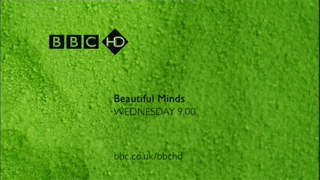 A green endboard to the BBC HD programme trailer this time. 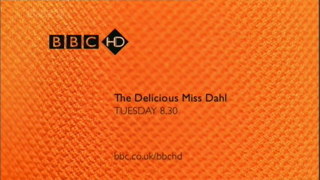 Another programme trailer, this time ending with an orange endboard. 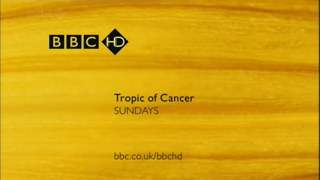 One more programme trailer this time for Tropic of Cancer with the endboard in yellow. 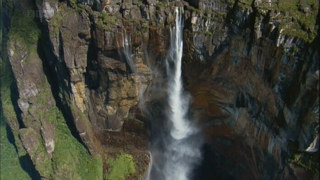 Not promoting a particular show this time, this trailer is one of several produced using some of their best high definition footage and narrated by Sir David Attenborough for the purposes of overall promotion of the BBC HD channel. This sequence features the camera panning over waterfalls. 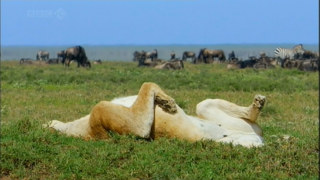 Another Attenborough narrated channel trailer for BBC HD, this time using footage of lions in the wild.