In 2014, initially as part of birthday celebrations before becoming full time, and continuing on from the lost faith in the previous package, the BBC reverted right back to using the ident set from 1991-2001 albeit with a few tweaks. In an age of ever tightening licence fee rises, spending large sums of money on a full channel rebrand was seen to be a bit of an extravagance. So the traditional set returned, albeit with some slight edits to introduce the newer teal coloured box of the channel. To keep things fresh, occasional new special idents were introduced to the regular set, and other branding elements such as trailer styles and menus were new, although overall the whole era looked like a channel that the BBC didn't quite know what to do with. This look was to limp on through until September 2018, when the 2's were finally retired... again. 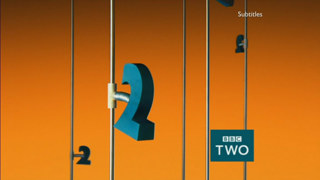 Returning bright as ever, those woodpecker 2's are still working their way down those poles. 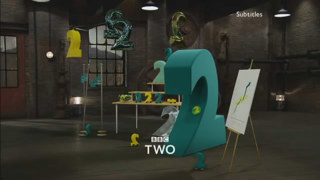 One of the new special themed idents, on 24th July 2016 a new ident for BBC Two appeared to celebrate the return of two shows to the channel that evening - Robot Wars and Dragons Den. The ident was first aired at 8pm before the start of the new series of Robot Wars and featured both throwbacks to a large number of earlier idents from the channel, and the use of a centralised BBC Two logo as seen on trailers rather than the teal box. 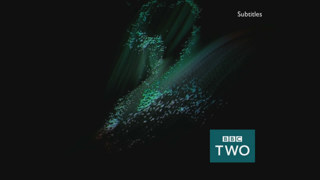 One of the original set from 1991, Optics sees a return to BBC Two. Now upscaled to HD (ish) and with some slight branding updates. 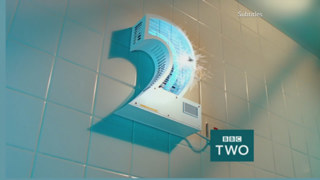 The return of Fly Zapper, still as explosive as ever. And everyone is still going to be watching this on an old CRT, so no need to worry about what's in that overscan area... 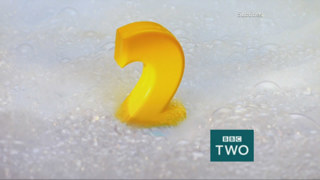 That yellow 2 is still bobbing up. Although after all these years, that water is bound to be cold! 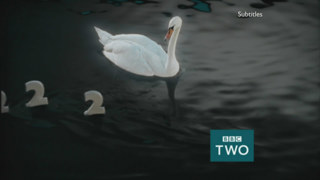 Swan is one of the idents to fare somewhat better with the reintroduction to the HD channel, having at least been produced for standard definition widescreen a bit later in the package's run. 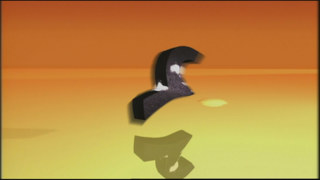 Not only idents making a return. Some occasional stings pop up, including this one introduced a little later in the original run. 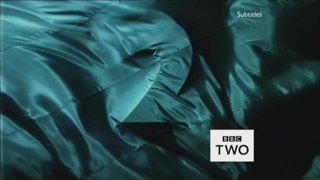 Another ident from the initial launch set in 1991, Silk returns. The film quality may not have aged well when converted to 16:9 HD, but the audio track remains as haunting as ever. Due to the already teal colour of the silk background, the box colour has been changed to white. 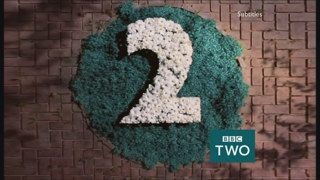 A more surprising one to resurface in the new look, Garden was used in the earlier days of the original look, however vanished from regular use much earlier than most. 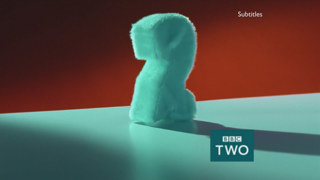 Having become almost synonymous with the branding package over the years it was originally on air, the fluffy dog 2 ident was always bound to be one of those to return. 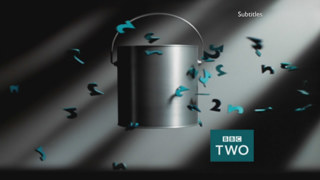 Used as the basis to the breakdown caption during the last time the look was on air, the Paint Pot ident was another to make a return to the modern set. 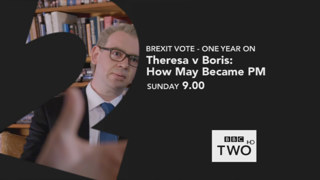 The BBC Two promo style adds little by way of consistency to the overall branding package. The BBC Two logo is boxless and centred this time round, with endboards being a mix of the older style of 2 introduced in 2007, and ones with no channel branded endboard. 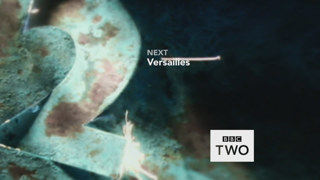 When you've already cropped and upscaled your old idents, why not make them look even better by zooming in on them and rotating them a little too? The next slide style, based upon Copper Cutout. 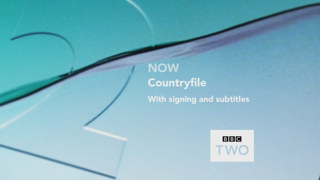 Following the same style of slide to introduce programmes for Sign Zone too. This time based upon the Water Reflection ident from the original 1991 set. 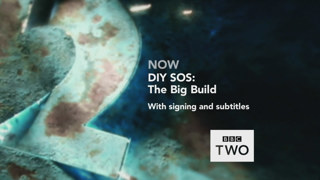 Another introductory slide for the Sign Zone. Once again based upon the Copper Cut Out slide. 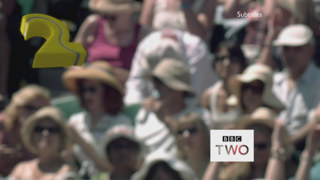 Introducing the start of the Wimbledon 2017 coverage on BBC Two with their special tennis ident. 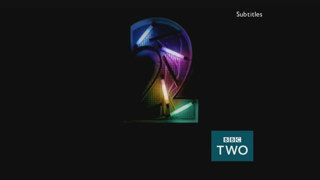 In celebration of the Gay Britannia season on the BBC in July 2017, BBC Two's Neon ident saw a little bit of a colour touchup. Marking 50 years since the decriminalisation of homosexuality with an ident more than half that age! 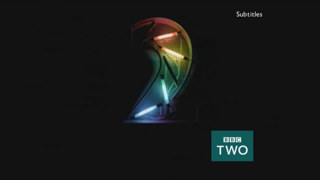 After it's first airing, the special BBC Two ident to mark the Gay Britannia season was quickly revised again at least on network, this time to use the correctly ordered pride colours in the light sequence. The second variant of this ident was then used for the rest of the season. 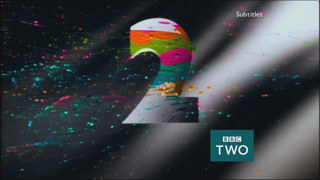 Welcoming live Saturday Morning Kids TV back to the BBC with a classic. BBC Two's paint ident reappears to introduce the show on BBC Two on September 30th 2017, complete with some recolouring in the CBBC signature colours. 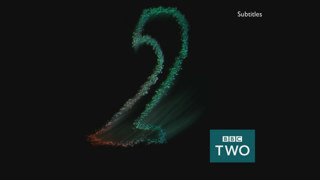 Aired around 1.45am on 1/1/2018, Optics was used to welcome people to the New Year on BBC Two. By this point the nations had gone to bed for the second channel and were taking network continuity. 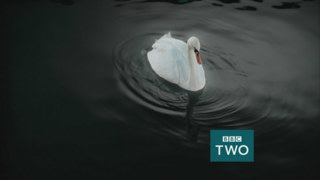 The end of the 2s (again) finally came in September 2018. With a long junction giving the old '2's a final airing, from the early hours of 27/9/2018. Starting off with Swan, before taking a look back at long versions of presumably nearly every ident still on the system, and a few others not seen for a long time. Finishing with Silk and a long fade to black in a fitting end.