BBC Scotland launched on February 24th 2019. Replacing space previously used by BBC Two Scotland, the channel was designed to show programmes from a Scottish perspective during peak hours, with simulcast BBC Two shows during daytime hours. One of the flagship shows for the channel was a daily 9pm news bulletin, bringing the national and international news from a Scottish perspective. 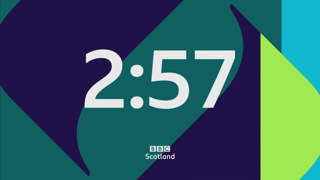 After playing a short loop of previews and news in the week running up, for the final 3 minutes before the channel launch at 7pm on February 24th, the new BBC Scotland channel switched to a countdown. Using the same bright graphical style which had been devised for the channel's overall presentation. 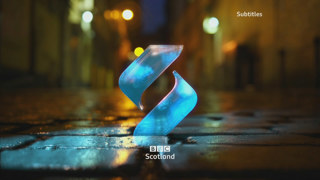 Idents for the new BBC Scotland channel consist of a glassy S shape, which changes colour depending upon events in the surrounding scene. Here lights being cast turn the logo blue. First aired shortly after 7pm on launch night. 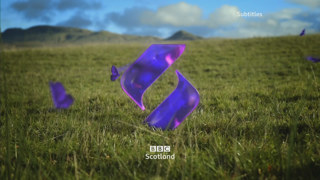 Purple butterflies hit the glassy logo, changing it to purple for this BBC Scotland ident, first used into the 7.30 junction on launch night. Rain drops falling turn the glassy logo a bright shade of pink for this BBC Scotland ident. First used into the 8.30pm junction on launch night. 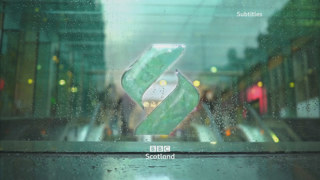 A second version of the Rain ident, this time with the droplets turning the glass logo a bluey-green rather than pink. First aired 3.15pm on February 25th. 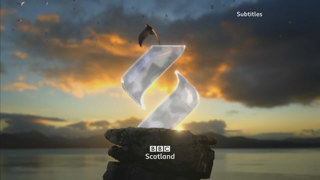 For the fourth BBC Scotland ident, birds fly past the glassy logo turning it a shimmering white colour. First aired at 10.30pm on launch night. 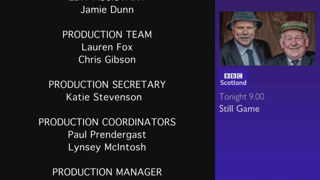 The ECP style for the channel follows the same house style as others from the BBC just this time in purple, aiding cross promotion on BBC One Scotland. 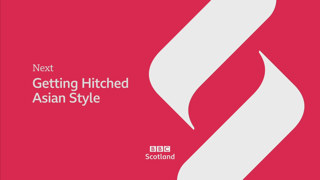 Next slides for BBC Scotland make use of bold background colours with the stylised logo for the channel falling into place. A pink version here, aired on launch night, and showing both next and later shows. 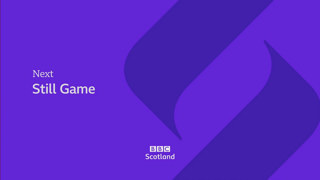 Another next slide for the channel, this time using a purple background colour. 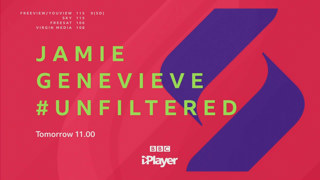 The promo style for the new BBC Scotland channel once again makes use of a variety of bold colours, alongside textual elements promoting the channel numbers. Seen here promoting Jamie Genevieve #Unfiltered. 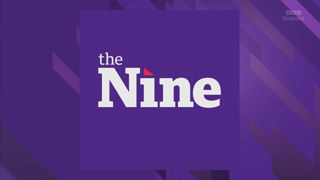 One of the heavily promoted features of the new channel was a flagship Scottish news programme at 9pm known as 'The Nine'. With no programme airing on the first night due to the launch being on a Sunday, a short 90 second look ahead to what to expect from the new show was aired instead, and showing the very different style they would have to the rest of the BBC News output. 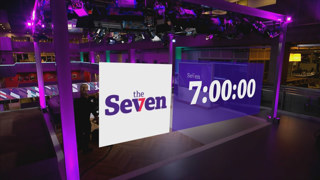 From the 7pm junction on the first weeknight of the new channel, The Seven is essentially a rundown of headlines that will feature on the upcoming 9pm bulletin. Introduced by continuity over a clock which is overlaid augmented-reality style onto the studio. 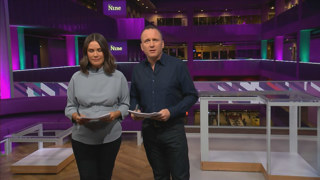 The opening to the first ever edition of The Nine, from February 25th 2019. Introduced once again by a countdown clock overlaid onto the studio. What better way to really try and hammer home the fact you're for the people, honest 100% truth there guv'nor, than by including endless photos of people for the opening sequence too? 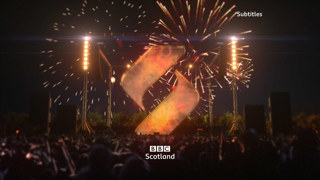 Another new ident for BBC Scotland appeared in September 2019, this time featuring fireworks around the Scotland logo. 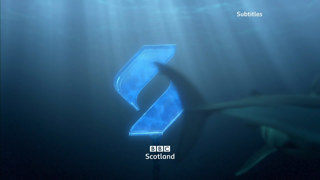 October 24th saw another new ident for BBC Scotland. This time around, a shark interacts with an underwater BBC Scotland logo. 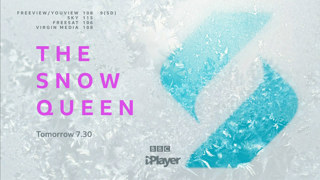 No Christmas idents for BBC Scotland in 2019, however graphics elsewhere saw a festive overhaul. Here the trailer style is updated for the festive season. 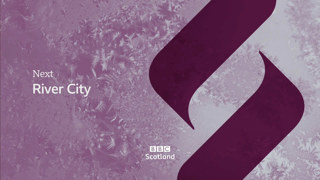 The tweaked festive graphics also make it to the menus and slides on BBC Scotland. 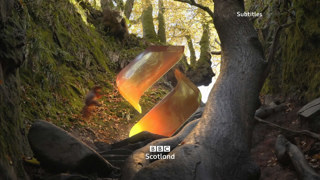 Although there were no dedicated Christmas idents for BBC Scotland in 2019, the next regular one in their set was launched on 23rd December instead. This time around a squirrel with some slightly clunky movement taps the BBC Scotland logo, before jumping in surprise as it responds with light patterns. A special ident from BBC Scotland to welcome in the New Year for 2020. Aired at 12.30 in an extended playout, the regular powder ident is recoloured in Scottish colours, complete with an announcement of what a change the channel has made for 2019. In spring 2020, several stings (other names are available) were introduced to BBC Scotland, using the same graphical style as the idents for the channel. Here one based on the rain ident. 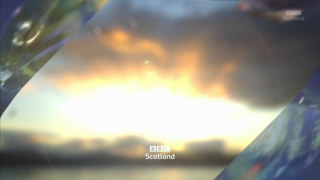 Another BBC Scotland sting, this time based off the birds ident. A third sting from BBC Scotland sting, using the butterfly ident as a base this time. 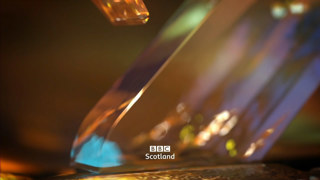 Another BBC Scotland sting, this time based off the night cobbles ident.