A look at some other presentation elements from Yorkshire Television over the years. For much of the time, the station would take ITV branded material like many other regions and do little with it - possibly stemming from the fact that as a major producer for network shows, they were already supplying a lot of ITV branded trailers for other regions so were quite content to use the ITV brand themselves. However there were times when more of an effort was made to brand things up locally. 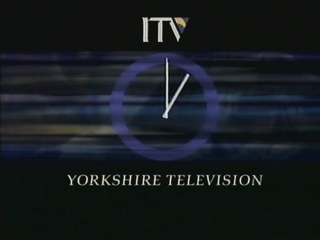 Although Yorkshire were not fans of in-vision continuity, they did love using clocks rather than idents into news bulletins. This continued into the Channel 3 continuity era, even after they'd phased out the clocks on the fellow owned Tyne Tees station in the early 90s. Yorkshire's 1990 version of the clock here, which made heavy use of the kit of parts they'd been supplied for the ITV Generic look, with continuity from Bob Preedy introducing the ITN News At One. 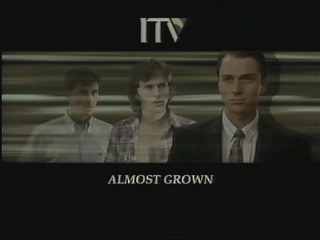 Yorkshire Television using the 1989 ITV Generic template for their next slide here. With barely a whisper of a chevron to be seen. 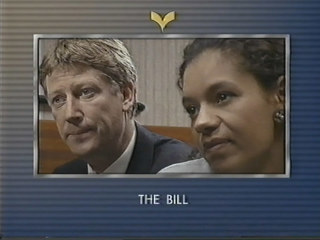 Into 1994, and the early sharing of Yorkshire presentation elements between Yorkshire and Tyne Tees had already begun. The gold chevron of the station has by now returned, but can be seen fading in and out at different times to the underlying slide allowing it to be overlaid with either Yorkshire or Tyne Tees' logo separately. 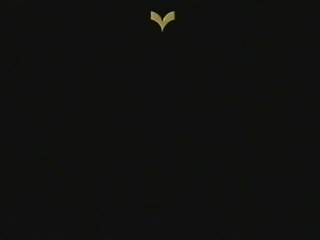 Bob Preedy provides continuity over another next slide from 1994. 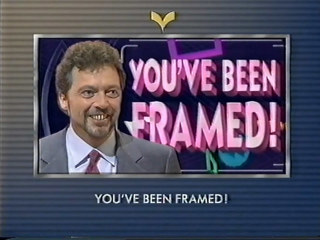 Bob Preedy again, this time with next continuity promoting the long running You've Been Framed, still in its Beadle days. 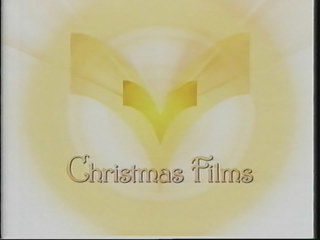 When Christmas promos were a much simpler affair. Maggie briefly introduces what movies are coming up on Yorkshire Television over the festive season in 1994. 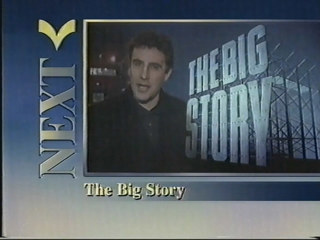 Into 1995, and a new style of slide for Yorkshire, once again used across both YTV and Tyne Tees. 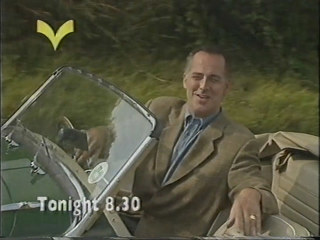 By 1995, Yorkshire Television had ditched branding up trailers as 'ITV' and instead were dual producing them locally for both themselves and Tyne Tees, with logo and continuity swapped as needed. Endboards were inconsistently designed across both stations until the 'Channel 3' rebrand in late 1996. Maggie Mash provides the voice for this trailer, and seemed to end up with the job of trailer announcing more than anyone. 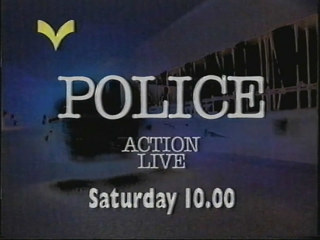 A different trailer for Yorkshire, and this time without Maggie providing voiceover for a change. 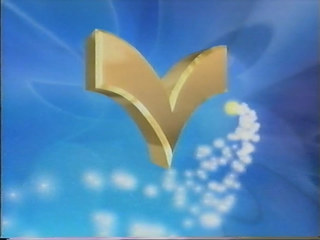 The break bumper from the Channel 3 era, showing a chevron with a sparkle flying around it. 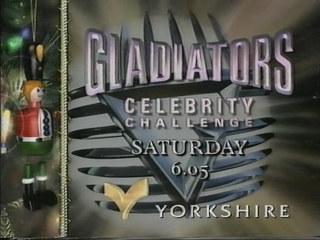 For Christmas 1997, Yorkshire introduced festive intros and endboards to all their promos. Since the introduction of the Channel 3 branding across both Yorkshire and Tyne Tees, promos had already seen a more standardised look with each region namechecked, so the changes for Christmas across the two stations continued this approach just with a festive flick. This was to be the last full time dual-region promo branding to be introduced by Leeds, with region branding around network shows set to disappear completely a few months into 1998. A trailer here for the Christmas special of Gladiators, featuring the late children's presenter Mark Speight. 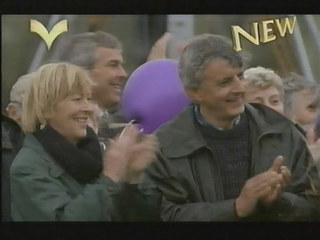 Another promo from Christmas 1997, this time with the addition of a gold 'NEW' legend to the top right as well. Yes, promoted as new and it's not even a showing of You've Been Framed! 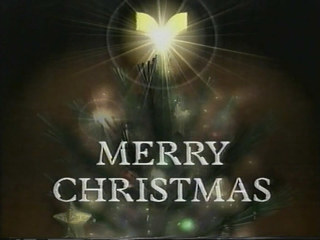 Several short 'Merry Christmas' film sequences were put together by Yorkshire for Christmas 1997 for use on both YTV and Channel 3 North East. Father Christmas and a no-expenses-spared Rudolph both feature, usually found sat around watching television. Some other variations from the same campaign, identical save for finishing with a giant 3 rather than the chevron on the top of the tree, can also be found on the Tyne Tees Misc page. 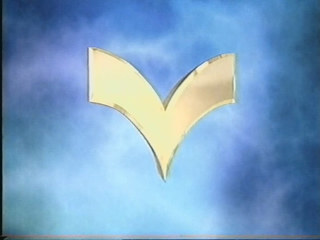 The 1998 Yorkshire Break Bumper. Similar in design to the ident, just without the words 'Yorkshire Television' underneath. Unlike the idents, the lighter 'daytime' background to this bumper appeared at all times of the day. 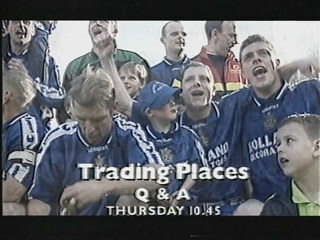 The dual-branded trailers from Leeds were to last until early 1998, towards the end of the 'Channel 3' era. The arrival of Granada saw them switch to producing ITV branded trailers for network shows, produced in either Leeds or London depending upon the show, but the same across all the GMG North stations. For local shows, Yorkshire branding was still used, albeit now with the logo positioned on the right in a 'stencil cutout' style to match the look of the network trailers. After the axing of the fully locally branded trailers, the endboard style once again became fairly inconsistent. Leeds would go through phases of introducing a new endboard style, but then usually not stick to it for long. 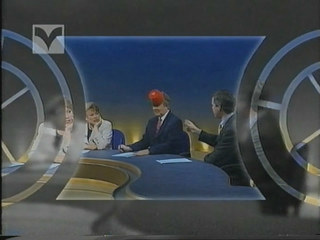 Into 1999, and the stencilled chevron has moved to the left rather than the right, matching the location of the ITV logo on network trailers. By then network trailers were supplied by the newly formed NPU in London and played out without any local branding for network shows, although regional trailers continued to be made in Leeds and voiced by the Northern team. 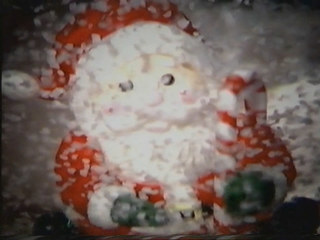 The Christmas 1999 break bumper across the GMG North regions featured the same imagery as appeared in the small box on the ident, just displayed fullscreen and without any logo. Leaving a somewhat vague picture to separate trailers from the main adverts. 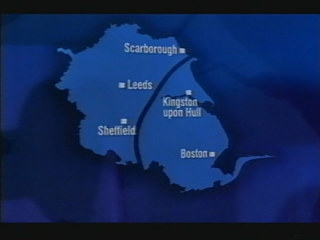 The Yorkshire Television edit of the 2001 GMG advertising campaign. The advert was essentially the same in all the GMG regions, just with the ident and small map swapped out. This early in the campaign there were also no details at the bottom about the time period their '84% of all adults' claim related to, although this was added later.