Meridian was a latecomer to the ITV scene, and as a result lasted a relatively short space of time on air as a full time brand in the region. Taking over from TVS as franchise holder on January 1st 1993, Meridian was the last regional franchise holder for the South and South East, and soon carved itself quite a niche in children's programming throughout the 90s. Being part of the United News and Media stable from early in its life, due to purchases by the parent consortium, the station eventually ended up in the hands of Granada in 1999. With the consolidation of ITV branding between Granada and Carlton in 2002, the Meridian name was dropped to appearing on little more than the regional news less than 10 years after it had launched. Like several other ITV regions, the name only remains on news bulletins for the area now. 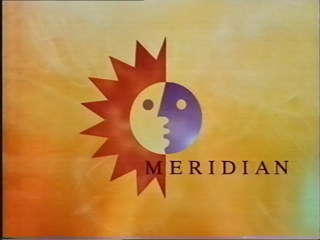 Meridian Television, from overnight 1998. The main ident of the time, just with a slight switching glitch present this time. 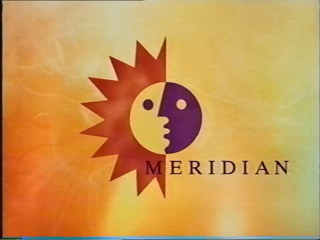 No visual glitching on this Meridian ident, along with some actual continuity. Pre-recorded, but it was much rarer to hear in the overnight slots so we'll take whatever we can get. 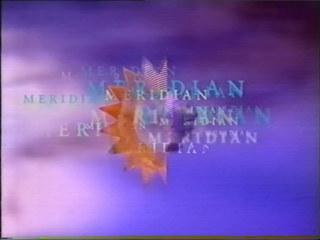 A brief flash of the Meridian breakbumper from 1998. 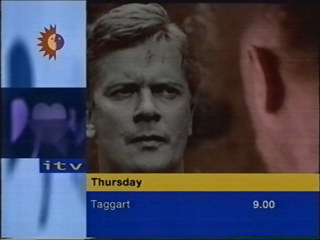 Meridian's promotional style from late 1998 had adopted the new ITV hearts branding, just with the Meridian logo overlaid in the top left. Here a promotion for the latest series of STV production, Taggart. Another Meridian promotion from late 1998. No hearts endboard this time, but still with the Meridian logo overlaid in the top left. 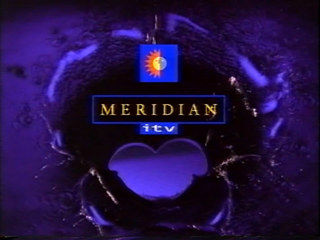 Meridian took on the 'splash' version of the ITV Hearts bumper that came with the second generic look, although retained their regional branding on this too. 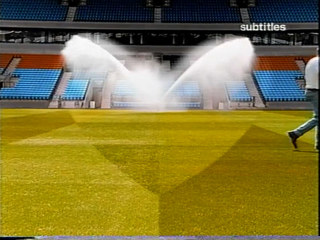 Only 7 years after it had launched, Meridian took on the remainder of the ITV Generic Hearts look from November 8th 1999, with their sun logo being relegated to a small box on idents. Here the heart shape is formed by sprinklers going off as people mow the grass. With no continuity in this junction. 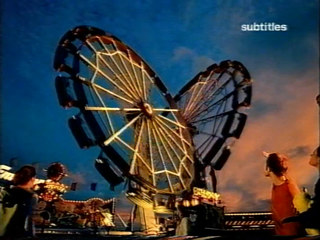 In this hearts ident from 2001, the fairground formup features. Graham Rogers provides continuity, and would be one of the few regional announcers to make the move to the national ITV1 team in 2002. 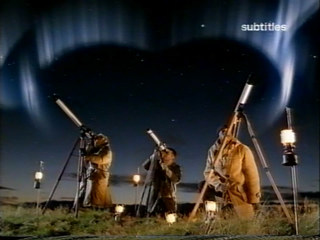 Another ident from the hearts era on Meridian, this time featuring people under the stars as a heart shape is formed in the sky. 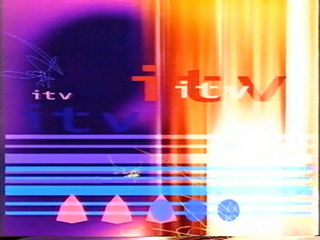 A night time ident from Meridian's overnight service, albeit only branded as 'ITV' rather than containing regional identification. In May 2000 the station switched to using the London service instead, at which point the national hearts ident appeared instead.