Being the only region on the network to retain a separate weekday and weekend franchise in the 1968 franchise renewals, the weekend franchise went to London Weekend Television, a consortium led by David Frost. After a bumpy few years early on, LWT, as it was commonly abbreviated, became responsible for some of the biggest entertainment shows on the network.

LWT continued throughout the 70s and 80s, and ultimately survived the controversial franchise auction of the 90s unlike it's weekday counterpart. But little over a year into the new franchise the company was subject to a hostile takeover from Granada in 1994 as part of their expansion drive. This left the weekday and weekend London franchises in the hands of Carlton and Granada until October 2002, when both names were subsumed into a single ITV name all week. The LWT name lasted a little longer as a production credit on shows that came from the South Bank, although this practice was also phased out over the following few years.

The LWT studios on the South Bank ended up as the base for both London Weekend and Carlton from 1993, with the latter operating a considerably cut down operation from launch. As a result, The London Studios base largely ended up as the home of ITV plc right up to the closure of the complex in 2018 for redevelopment. 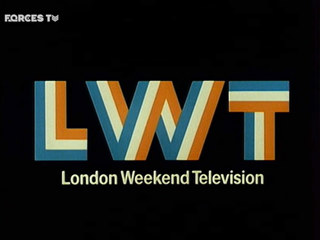 There were two variants of LWT's 'river' ident between 1973 and 1986. Both featured a similar formup animation, with them remaining joined in the first variant. In the second variant here, introduced in 1978, the letters separate out at the end. Shown here in programme frontcap form. 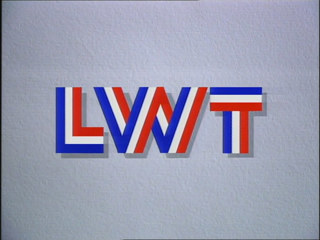 The distinctive tri-colour LWT logo continued after their major refresh in 1986. But the river formup was gone as the station made their mark with the newly available computer graphics software in the mid 80s. One of a few variations on the 'blinds' animations used to form up the letters, this one from 1986 was used here as a frontcap on productions for the network until these were dropped network-wide in 1987. 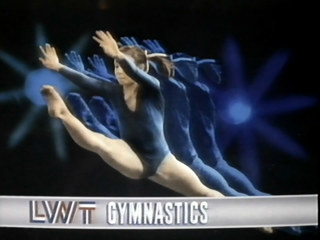 An LWT next slide from late December 1986. Although there is nothing festive to suggest so despite it being their last weekend before Christmas that year. 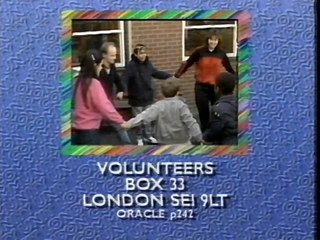 A community service announcement from the 'London Community Unit' of LWT, here promoting volunteering at disability charities throughout the region. An interesting look back at changing attitudes with terms and charity names that were present in the 80s, but have long since been taken out of regular use. 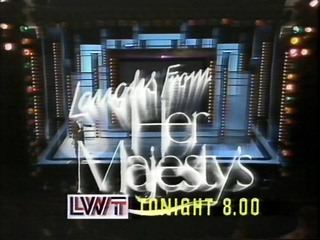 A quick promo from LWT in 1986, here showing many standup comedians in their youthful years for 'Laughs From Her Majesty's'. 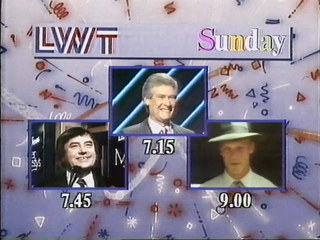 Not quite as much use of computer graphics with the inhouse trailers still in 1987. With a rundown of Sunday evening shows on LWT, featuring some TVS-era Catchphrase, before looking at the rest of the light entertainment and drama to follow that evening. 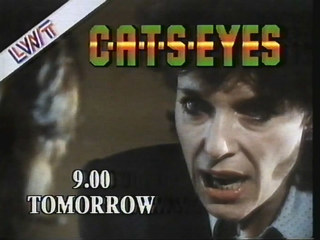 Another LWT promo from 1987, this time for a single show. Complete with LWT branding in the top left, and some very 80s typography. 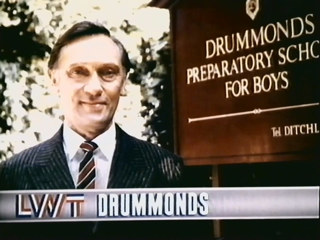 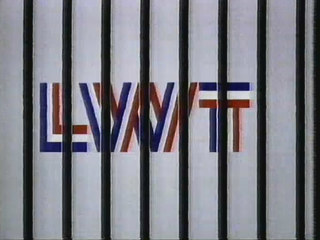 The breakbumper from the 'blinds' era of LWT. 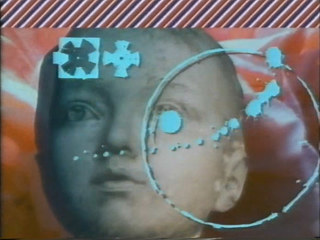 A trailer for LWT from 1989, still using their blinds branding at this point. Here promoting the thriller Star Trap. 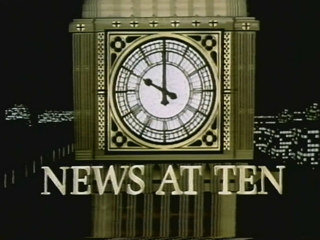 A next slide from LWT in 1989 promoting News At Ten, although so devoid any of station branding it could have been used anywhere on the network. A next slide from only the second day of the new ITV corporate look, with LWT still getting used to the shiny new graphics which had launched across many regions that weekend. Unlike many of the others on the network at that time, the next slides for LWT early in the rebrand still sometimes contain moving video in the centre rather than a static image. Here promoting the first episode of the 1989 Central series 'Saracen'. 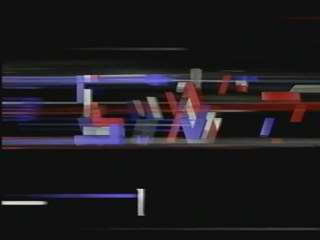 LWT originally took the generic ITV look in 1989. However a few years later in late 1992, possibly to mark their continuation past the franchise renewal, they decided to replace what had been supplied to them with their own alternative creation. The LWT logo takes centre stage once more alongside a much smaller ITV logo, complete with a punchier remix of the 1989 David Dundas theme. 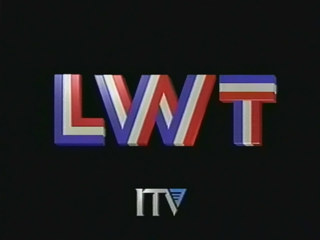 A static version of the 1993 ident, complete with very generic continuity. 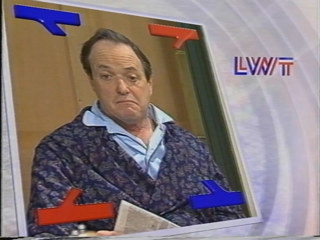 A short but attention-grabbing animated slide to promote the next show up on LWT in 1993. 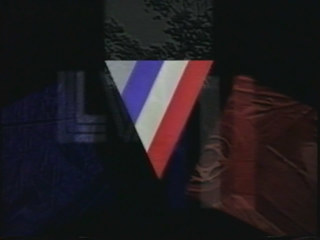 The break bumper from LWT in 1993. Still heavily borrowing from the generic IT\* look with its use of the triangle device. 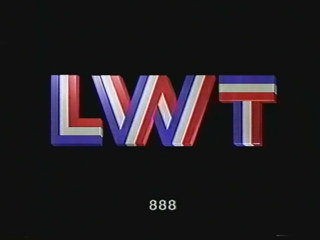 From quite late in this era for LWT, what with their new logo due shortly afterwards. What makes this ident different is that it is completely devoid of the ITV logo at the bottom, with a subtitle indicator now replacing it. Logowise, the focus is entirely on the weekend station's name instead now. Promoting the Autumn 1996 season of entertainment on LWT, proudly proclaiming the weekend to be the best days of the week. Although the main station branding was still on the 1993-1996 striped look at this point, the promo is already starting to bear some signs of the separated colour lettering rebrand for the channel that would follow only a few weeks later as part of the new season of shows. 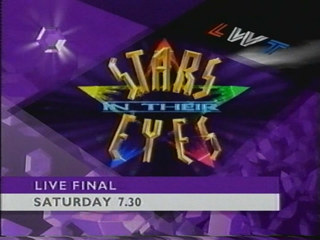 The 1997 promo style for LWT. Here promoting the Stars In Their Eyes Live Final during the week in Carlton's airtime. 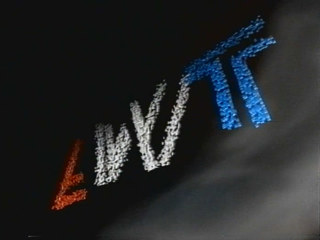 An animated next slide complete with signature LWT jingle from 1999. This was based off the separated colour LWT branding that had been introduced in late 1996. 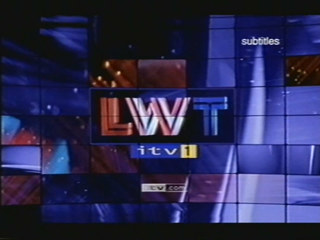 With the arrival of the 1999 ITV Hearts look, LWT initially took the same idents as the other Granada-owned regions on the network. However a short while later they were allowed a little autonomy, and broke away to create their own 'Videowall' ident. Still featuring throwbacks to the hearts, but with a decidedly more LWT-esque glitz to it. This lasted through to 2002, with only minor tweaks to add things like the ITV1 name and the ITV.com address. LWT stalwart Glen Thompsett provides continuity. 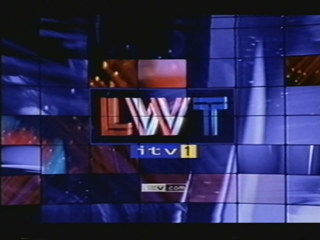 Next slides towards the end were a little less creative than they had been in earlier years for London Weekend, now consisting of a formed up version of the videowall ident with continuity. Glen provides continuity again here. 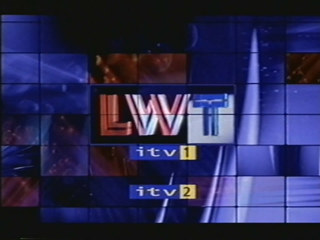 Another famous LWT voice Trish Bertram provides continuity over this next slide. This time with an additional ITV2 logo present as they cross promote shows on the sister station to ITV1.