Spike was launched in April 2015 in the UK, having already been launched as a channel brand in other territories and sharing similar branding initially. Owned by Viacom internationally, in the UK it has been positioned as part of their Channel 5 family. The channel shows a mix of male-skewed programming both acquired from the US and repeats brought over from the main Channel 5. On October 31st 2017, Viacom decided to introduce the Channel 5 brand to the name as well, re-editing the presentation to match.

Longer term the channel wasn't to last. At the start of 2020 the channel was closed, with the programming from its schedule merged into that of Paramount Network instead. 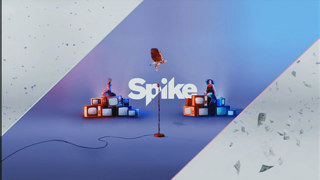 Idents on Spike introduced for the UK launch in 2015 consist of two main scenes cut together with diagonal lines which mark the Spike logo. In this one a man with an eagle tattoo starts running, before bursting through the diagonal to become a hawk. 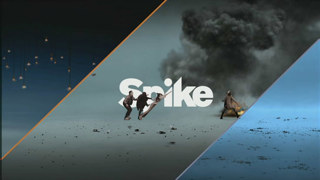 Everyone knows that filament lightbulbs are always the lead in to a zombie apocalypse, so the contents of this Spike ident should come as no surprise. Somewhat different to the rest of the set, the action actually interacts with the lines of the Spike logo in the centre. 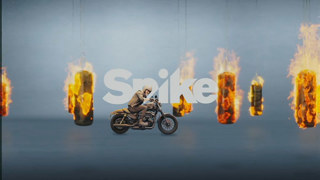 A man gallops past on horseback, bullets falling all around him, before he bursts through the diagonal onto a motorbike. Anyone else waiting for those burning blocks to form a giant 4 may be disappointed too! 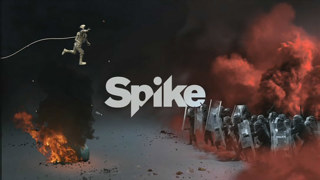 A lone wolf runs by before bursting through the diagonal to become a lone astronaut floating out of the reach of some riot place in this ident for Spike. 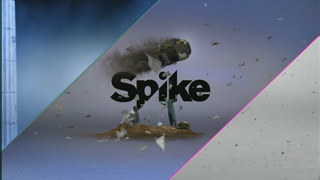 A woman does battle with a skeleton warrior knocking him into the diagonal whereupon he turns into... a policecar. Naturally! 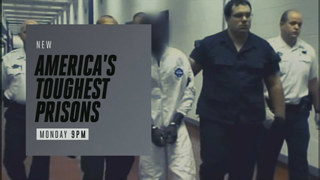 An example of the 2017 trailer style for Spike, using a grey graphical style. 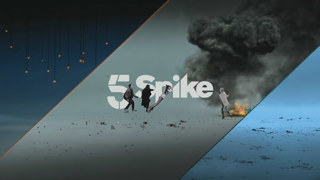 A small update to existing Spike presentation was introduced on October 31st 2017 to add the Channel 5 brand to the Spike channel's name. The usual Light and Zombies ident appears here otherwise as before. 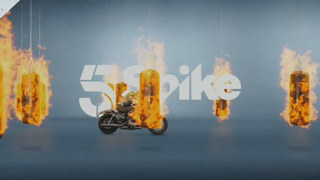 A tweaked version of the horseback/motorbike ident to introduce the 5Spike name now, from 31st October 2017. 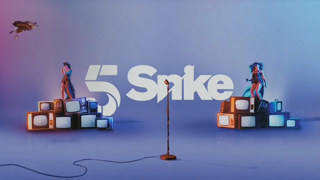 The updated 5Spike version of the ident featuring a couple suddenly turning into a hawk and flying above some TVs. Hey, they only changed the logo at the end - nobody said they'd suddenly make any more sense! 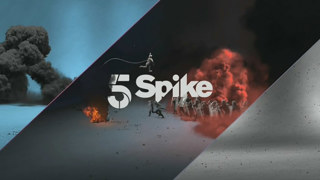 The re-edited 5Spike version of the Wolf and Spaceman/Riot ident. 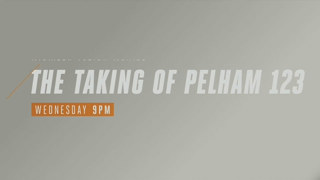 The updated trailer style for 5Spike, unsurprisingly unchanged except for the logo on the endboard and the voiceover announcements.