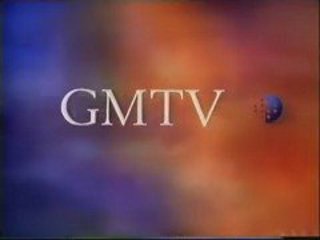 GMTV's Reuters News Hour did exactly what it said on the tin for many years. It broadcast news, lasted an hour, and was provided for GMTV via a contract with Reuters News Agency. 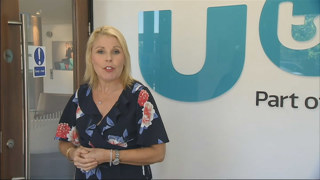 The ending to the final broadcast of the main UTV Live evening programme from Ulster Television's Havelock House studios. Taking a look back at some shows from the station to have come from the building over the years, before joining Frank Mitchell for the weather from the roof. 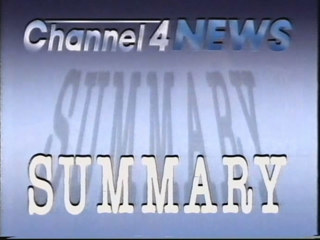 Reporting on events in Tiananmen Square on June 4th 1989, it's a short afternoon bulletin from Channel 4 News. Presented here by Fiona Armstrong, and with a complete mishmash of fonts in use from ITN at that time. 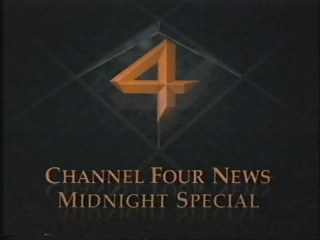 Nicholas Owen presents a special late night edition of the Channel 4 News. Produced by ITN during the First Gulf War, the programme was designed to bring indepth coverage and analysis of the day's events in The Gulf. With continuity included here announcing that it was a change to the original Channel 4 schedule. 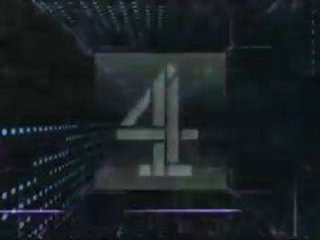 From the start of Channel 4, the service has been provided to the station by ITN. Although they don't show a huge number of news programmes, those that they do show are designed to look at the news with more depth and analysis than was traditional from the other broadcasters. Channel 4 have basically had two themes running over their flagship news over the years. The first came with the launch and didn't last long. The second, introduced in the early 80s, remains to this day having only had a few remixes over the years. In this sequence from 2001, images of the days news play out over the top, as we zoom through them. 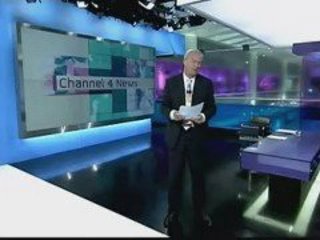 New year 2005, and to coincide with the new branding package for Channel 4, the news has a facelift too, bringing in the same bright whites and fontscheme used elsewhere on the channel. Fundamentally the style remains the same though, with a flythrough over the days news. 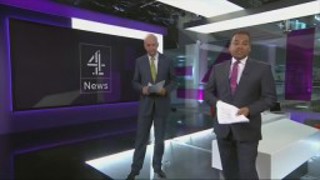 Rebranding the news slightly as part of the 2015 new look. Or... tweaked look news at least! 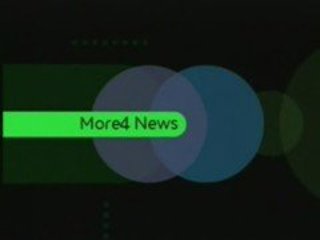 One of the original flagship programmes of the Channel-4-owned More4 channel, which launched on Digital in 2005, was a special bulletin known as More4 News, and was quite a coup for ITN at the time. Basically running immediately after the usual Channel 4 News on the main channel, it offered the news from a more international perspective. The same studio was used, just with a new presenter, new graphics and a remixed set of titles. The programme was eventually axed in 2009 as part of cost cutting measures at Channel 4. Watch out for the amazingly smooth transition from graphics to actual studio shot at the end. 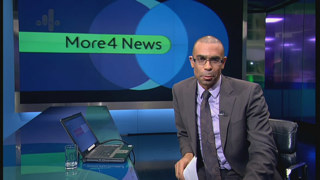 A look back at some hard hitting reports and tricks of the trade aired as part of a package for the last More 4 News in December 2009. Despite being a well respected extension to the regular Channel 4 News, the cost for a commercial broadcaster in producing a news programme for their digital offshoot channel with a much smaller viewership was ultimately unsustainable. The show finally came to an end at the end of 2009 as part of cutbacks across the Channel 4 News budget. 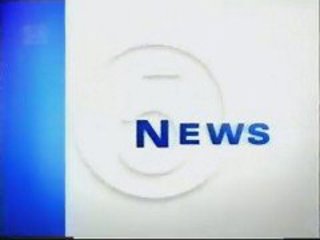 Whilst the presentation of the news on other channels has changed at a slow pace, Channel 5's has matched the presentation of the rest of the channel by changing frequently. Originally the pioneers of the idea of making the news less formal, the service also made a household name of Kirsty Young, who eventually left to move to ITV... a move which didn't last. From 1997 until 2002, they also used a distinctive signature set of notes. The original news service was provided by ITN similar to ITV and Channel 4. 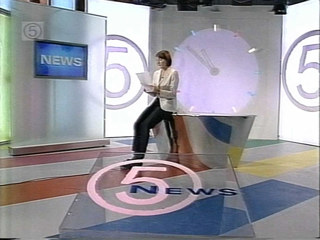 The intro to a short bulletin from Channel 5 News. Normally bulletins would fall on the hour in the earlier years of broadcasting, although as the giant clock on the 2001 set indicates this one was sitting in a different slot. 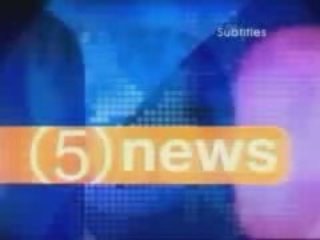 The 2002 set of news titles for 5 news. The music is basically the same, but the titles themselves are shorter! 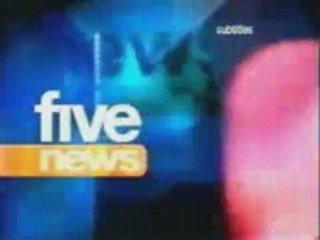 In autumn 2002, some slight changes were made to the existing (5) news titles to bring them in line with the new 'five' look. 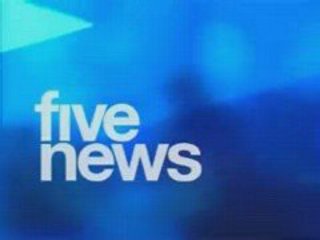 Autumn 2003 saw another rebrand for Five news. Like the rest of the channel a year earlier, the aim of the rebrand seems to have been to try and give their news a high-brow feel. Of course, like the main channel rebrand, they ended up turning it into something bland and uninspired. A special piece of music was commissioned at considerable cost, but it seems in doing so someone forgot about giving it that high-paced newsy feel, and making the various pieces link together smoothly. 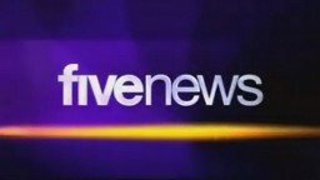 The start of 2005 brought a major relaunch to the news once more, though this was to coincide with the changing of the service from being provided by ITN to being provided by Sky; a serious blow for their former partner. As this was their first chance with terrestrial news, and would be their showcase in attracting other broadcasters, Sky didn't hold back on things at first. The set was huge, and also Channel 5 became the first broadcaster outside the BBC to have a widescreen service, with Sky stealing a headstart on ITN's much-delayed widescreen provision. The opportunity was also taken to ditch the specially comissioned music. Kirsty Young hosts this edition, having returned to her roots with Channel 5 after a brief stint with ITV. Despite the blaze of glory around the Sky move, the news service was to make a return to ITN in 2012. 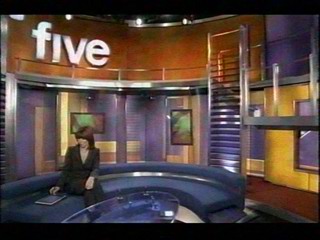 Sky News presenter Kay Burley does a stint on Five News, during the summer of 2006. Relive the days when petrol hitting £1 was a big headline!