Granada Television has served the North of England since the earliest days of ITV in 1956, making it one of the oldest companies on the network and ultimately the controlling company of the modern ITV plc. Whereas it originally used to broadcast to most of the North, it's broadcast region was fixed to the North West in 1968, where it officially has remained ever since. Throughout the 90s and into 2000s, Granada went on a rapid expansion program buying up first LWT, then the Yorkshire/Tyne Tees operation and finally the ex United-Media franchises, as they built themselves up into a massive international media company. They effectively became the largest constituent part of ITV plc after the merger between themselves and Carlton in 2004. Despite their power, even the Granada name was dropped from ITV from October 2002 in favour of the national brand. Initially 'Granada' was refocused as ITV plc's production brand, although over time this was phased out too.

With thanks to Ashley B for some of the content on this page. 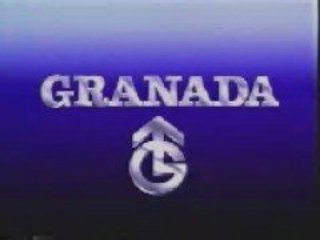 With occasional exceptions for special occasions, Granada preferred to stick with quite plain, static and silent idents throughout most of the 70s and right through to the end of the 80s - an era where other regions, many of them much smaller than Granada, were pushing the boundaries of what could be done with their shiny new computer equipment. Here a static silver on grey effort from Granada from 1988. 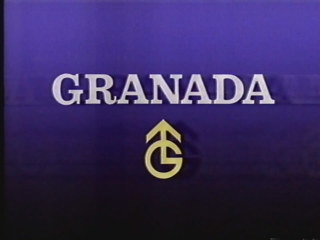 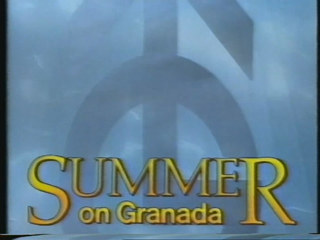 A Summer-themed ident. Throughout 1989, Granada refreshed their presentation elements on a regular basis, in particular basing them on seasons. Following on from the 'Summer on Granada' branding that had first appeared in the trailers, the whole package was refreshed to match with this ident used to link into programmes based upon sunbeams and water. Featured here is continuity from Charles Foster to link in to one of LWT's 21st Birthday shows. 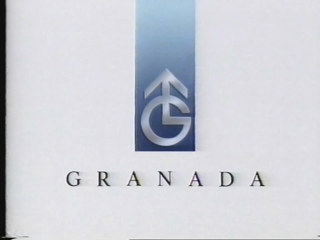 Granada largely shunned the ITV corporate look of 1989, although an ident was produced for them. Instead very quickly deciding to go their own way with a series of animated blue stripes in the 1990s. They weren't the most exciting idents ever, but at least they actually brought in some animation in an unusual break from the drab static idents the North West station generally seemed to prefer. Here featuring an announcement where they're apparently not even quite sure what the name of the show is. 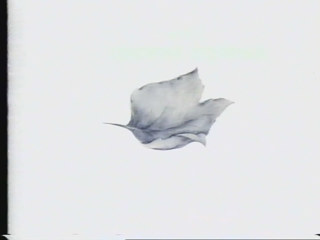 An autumn variation on the 1990 Granada ident, with a leaf falling into place before forming into the Granada stripe. Aired quite late in the season here, as it was by now into December. 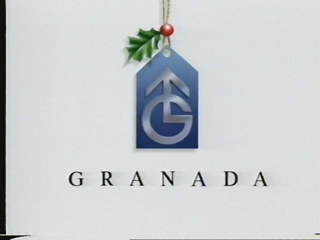 A static version of the blue 'present tag' ident for Granada from their 1990 festive package. 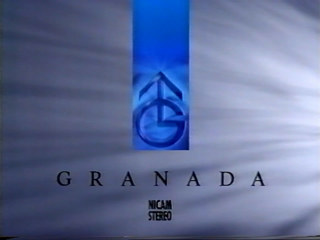 Presented here in full stereo from a NICAM broadcast, Granada's early 1992 stripe ident. Appropriately enough, with the NICAM legend present on the ident too. Aired on Easter Sunday 1992. 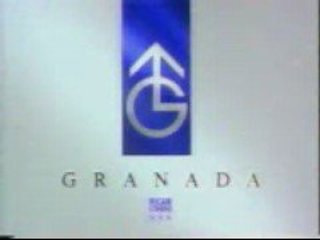 1992, and another stripe ident. This time things have improved, with much better Computer Generated animation. A very similar jingle though. 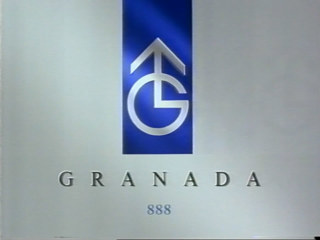 An already formed-up version of the 1993 Granada stripe, complete with continuity here introducing The Good Sex Guide. A show which was known to split the views of some of the ITV regions on whether or not to actually show it, with Bruce Gyngell in particular banning it from Yorkshire under his tenure. 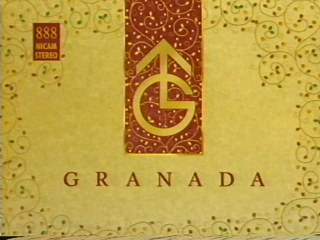 The Christmas 1993 ident for Granada sees their usual stripe look decorated in Gold and Red. 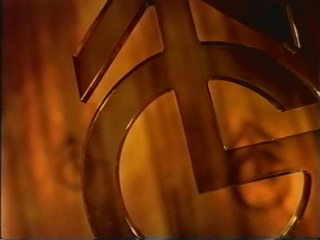 The last set of fully regional idents for Granada were introduced in 1996, and featured their signature G appearing in a series of abstract settings. This set would also span the changeover from presentation in Manchester to presentation coming from Leeds. A short version from early 1999 here, featuring the G rendered in a more graphical brown glass effect, with continuity now being provided by Maggie Mash as part of the centralised GMG North team. 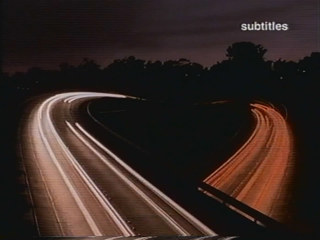 By the end of the 90s, Granada owned most of the large Northern regions, and had moved their own playout operations to Yorkshire in Leeds. With the other large party Carlton having dropped out of the project, Granada were more than happy to implement the second generic ITV look across all their regions in 1999. Initially all the different filmed variations for the hearts idents were introduced, with this one featuring people driving in a car. 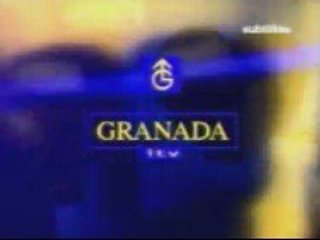 Whether it was to make for easier playout, or just as they weren't considered exciting enough, the multiple filmed sequences for the hearts were throttled down to just a short number of solely graphical versions instead. This is the full orange variant of the lines. 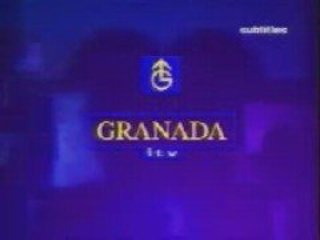 The purple graphical version of the ITV Granada ident. 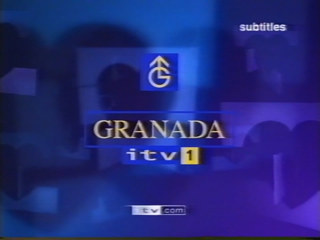 Similar to the other GMG North regions, Granada received the short re-edit of the lines idents with the ITV1 name change in August 2001. Here a regular playout of the ident into the news... 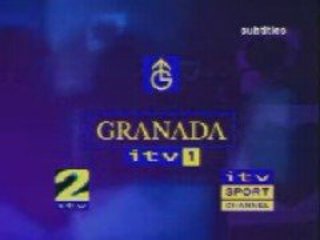 Another version of the short lines formup, brought in from August 2001. This time fading in more onscreen clutter during the announcement to promote shows on other ITV channels, as part of a shortlived practice from GMG North in late 2001/early 2002. 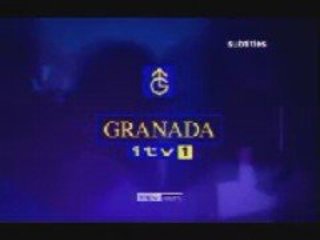 The full version of the ITV hearts ident was still used after the ITV1 rebrand, but very rarely. Still, here it is in all it's *cough* glory! This was used right up until the end of regional presentation from the North.