The ITN News Channel(NC) ran full time on digital Satellite/Cable but always ran a fragmented service on DTT, sometimes covering only certain hours, and other times only being available in certain regions of the country. The channel itself was held together on a shoestring budget, with looped programmes, and reports borrowed from the services ITN provided for ITV, Channel 4 and Channel 5. Despite this, they did have a wonderful graphics set and music.

In 2002, Granada and Carlton took complete ownership of theÂ  station and, as was their style at the time, decided it had to rebranded as the ITV News Channel. On September 30th, this new rebranding came about, bringing with it simulcasted news reports on ITV1. It still bore some resemblance to the old ITN channel though, with almost identical 'Sport' and 'Market' stings. Plans were also mooted to provide regional news slots if Granada and Carlton had been granted the up-for-grabs digital terrestrial muxes. Although approving such a deal to the same two companies who had been behind the previous failed digital service was always an unlikely proposition and as such the idea was dropped. The whole station was rebranded again with a new corporate look in 2004 to mark the final merger of Carlton and Granada, and the formation of ITV plc.

The channel lasted through until late 2005, despite its disjointed DTT hours over the years. Limited space on Freeview meant that its hours were cut to half day in favour of ITV4 in the November of that year, and with the impending launch of the CITV Channel in Spring 2006, they would have had to have been cut even further. Faced with the prospect of running the channel only on Satellite and Cable, where their viewing figures were already much poorer, ITV finally pulled the plug on the news channel at the end of the year. 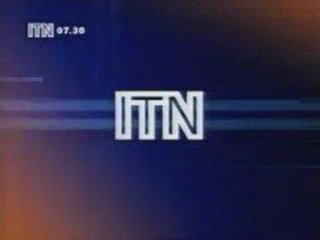 The headlines from the ITN news channel - There's even some continuity to lead into them! 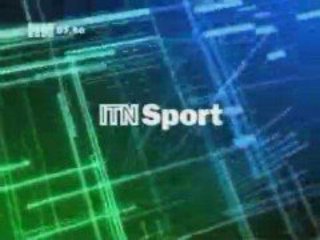 A short sting used before the Sports news. 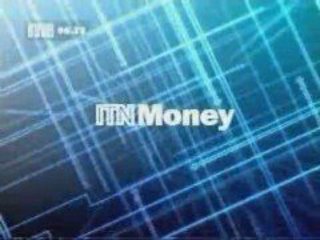 The music used to lead into the financial news.... only this time someone accidentally left the music on a little too long. 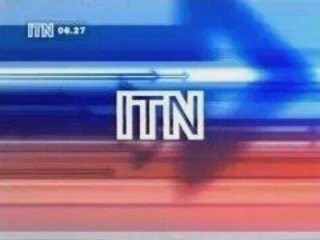 A quick bit of music to lead into an advert break. 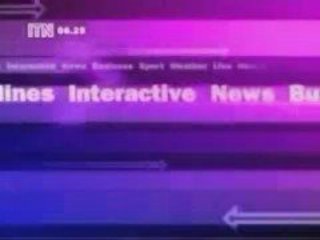 Returning from the break on the ITN News Channel... and arrows are everywhere! 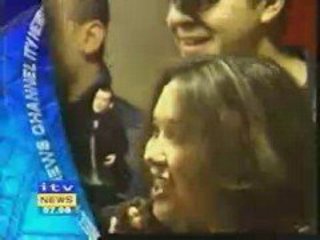 The first incarnation of the ITV News Channel graphics were nothing special. Basically, they run as a longer version of an ITV1 News report. Bearing in mind the graphics and music for ITV's news were at this point over 3 years old, it was expected this was just a short term measure... though it ended up lasting over a year. 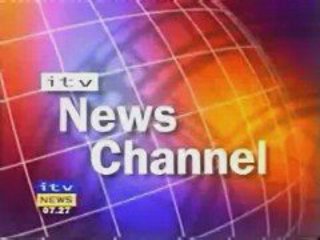 The sting into the advert breaks, once again hugely similar to those from ITV1's news of the time. 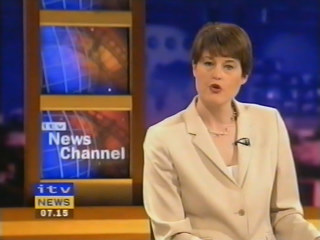 Ros Childs returning from a break on the ITV News Channel during its initial look, with a recap of the headlines. On this day, headlines include Tony Blair preparing to make his speech during the Labour Party Conference the day after being defeated on PFI plans, and a change in the law to allow doctors to take blood samples from drivers without their consent. This is where things started going wierd. The sting into the sport is a strange hybrid affair, still using the old music and 'green' colour scheme from the ITN era above, only now elements of the ITV look are mixed in. 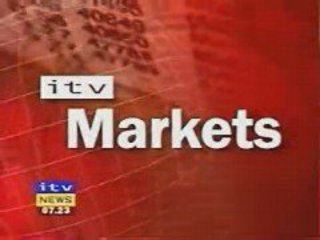 Another hybrid sting, this time for the Market Report, still using the same sponsored by ad though. 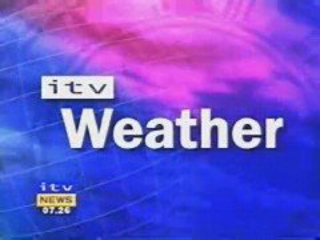 And finally, a brief sting for the ITV Weather. The graphics on the actual forecasts from this point became identical to those used on ITV1, apart from the fact that on the non-widescreen ITV NC, they were fed out as a 4:3 picture. 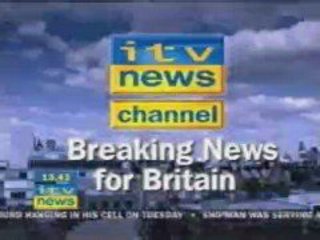 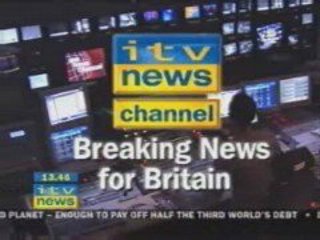 The new Break end bumper, showing a shot from the gallery. 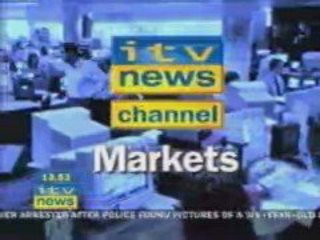 The ITV News Channel presents its market report under the new 2003 look. Listen as Nicholas Owen valiantly carries on whilst the graphics fail around him! 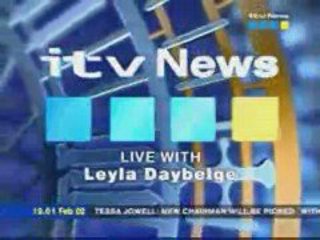 Early 2004, and an overdue whole new look comes to the news presentation on ITV to coincide with the merger of Granada and Carlton to form ITV plc, and the restructuring of regional news production under the ITV News division. The particular hour in this clip wasn't presented from the full set, instead being presented from the smaller CSO 'cupboard'. 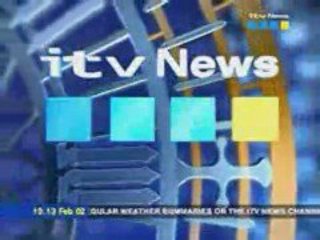 When the full set is in use, the words 'Breaking News For Britain' fly in over the studio in a very cheesy fashion. When only the CSO cupboard is being used though, this different bumper is used. 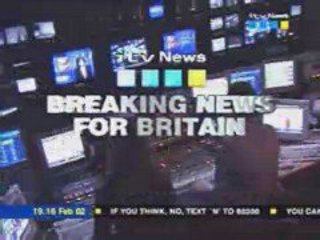 Regardless of the into-break bumper, the returning one is the same. The words 'Breaking News For Britain' appear over the top of a gallery shot. It is interesting to note however that this gallery shot was apparently live, as can be seen if you watch the content upon the gallery screens.