M&M, not to be confused with the sweet, was launched in the mid-90s as Granada Men and Motors under the Granada Sky Broadcasting partnership between Granada and Sky. Along with Granada Plus, these two channels remained under this arrangement until around 2004, losing the Granada tag along the way, when ITV plc finally bought out the other half of GSB in order to get rid of Plus so they could use the EPG space for ITV3. Men and Motors survived past this largely due to some awkwardly expensive clauses in the GSB contract, and for a time was actively promoted by ITV, to the extent of being given space to launch on the Freeview platform for the first time in May 2005. Sadly this seems to have been shortlived. What with ITV seeing a quick cash bubble to be made from Gaming Channels, the channel left Freeview in favour of ITV Play... a decision ITV probably came to regret not long afterwards! It finally closed on satellite and cable in 2010 with remaining rights to the programme archive which had been made for the channel and the name/logo of Men & Motors itself passing to a company called OneMediaIP. A company who these days use the acquired material as part of an online video platform via Youtube and itunes. 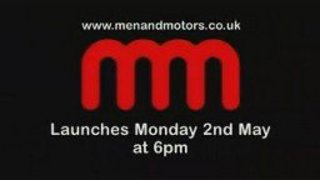 A long clip here showing the promotion that began airing on the space for Men and Motors in April 2005, heralding the launch of the service on Freeview. Oddly enough, despite the promo telling us it was launching from 6pm on the 2nd May... it actually started broadcasting at some time in the morning of that day instead. Nice useful promotion there then! 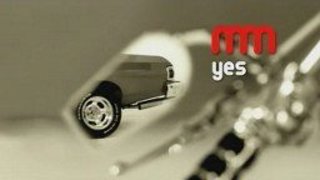 Men and Motors' ident style from that era was a very simple affair. A static picture in black and white is displayed, subtley being moved in focus, with the 'mm' logo and a tag word in the corner of the screen. Oh, and this clip comes complete with a slightly patronising fullscreen warning informing viewers that the next programme 'British Bruisers' is violent... just in case you couldn't have guessed from the title!