This page contains some of the bits of continuity, adverts and other curiosities collected from Tyne Tees over the years, which have nowhere else to go. 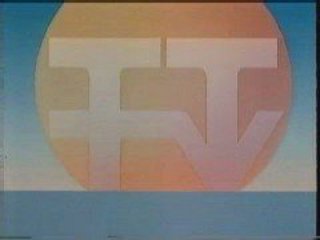 Holiday Time was a feature on Tyne Tees that appeared around boxing day, when all the holiday adverts begin. Basically it was a little animation and jingle at the start and end of the break, sandwiching a break of holiday ads. 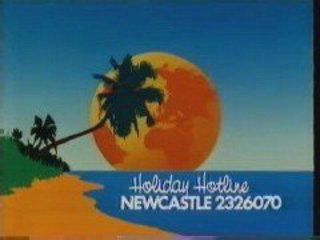 The animation from the end of the slot, with the announcer telling us how we can get 'up to 4 free holiday brochures' by cutting out the coupons in the paper! 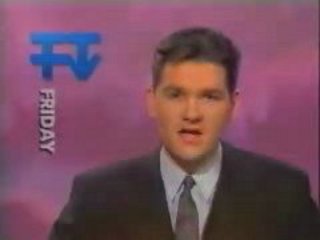 A run-of-the-mill in-vision continuity link on TTTV. Hold on a second though, he looks familiar! What do you know, its a young(er) Johnathan Morrell. 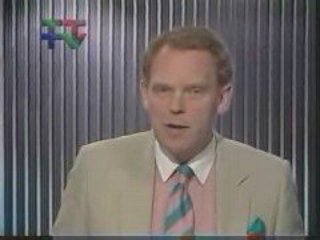 Bill Steel appears in-vision to lead us into A Country Practice. 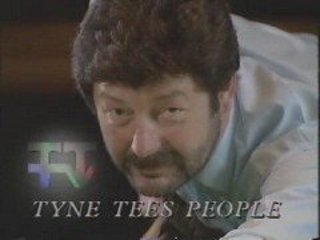 In the run-up to the controversial 1991 franchise bidding, Tyne Tees produced a series of delightful yet cheesy trailers with the specially commissioned song 'Tyne Tees People', designed to show all their local personalities as part of the community. We get to see Paul Frost, Bill Steel and more of the staff off duty (including a young Pam Royle, who had only returned to the station 2 years prior). 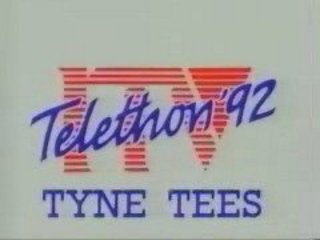 "Remember the Telethons", he asks! Yes, we remember them well, just as we remember that great music that accompanied it!! Telethon 92, which is what is mentioned, was the last one to be done(rather unfortunately!!). The advert itself dates from Spring '92(probably April or May!). 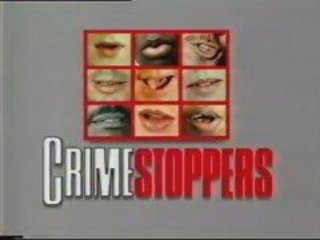 One of the many community service things provided by Tyne Tees was the Crimestoppers shorts, helping solve crimes in the local area. 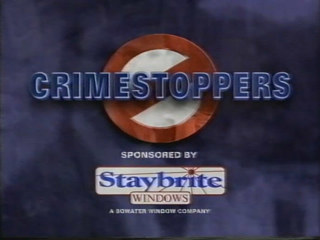 Nearly a decade on, and Tyne Tees' crimebusting slot has changed little. The same music, but now they have a sponsor in the form of a window company. 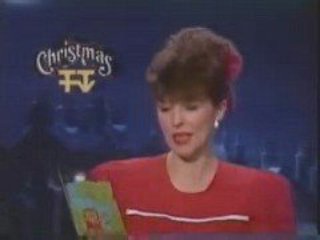 Birthday wishes being read out by continuity announcers was one of those little things that really made the local ITV stations feel like a part of the community. Alas, what with consolidation and cutbacks, they were phased out across the network throughout the nineties, with Tyne Tees' service disappearing when the Newcastle Continuity Suite was closed in the mid 90s. Still looking back to a golden age, here's Judi Lines from Boxing Day 1987, with some Birthday wishes. 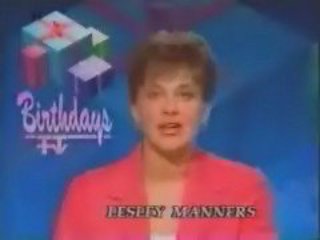 The Birthday spot, with your in-vision announcer Leslie Manners. 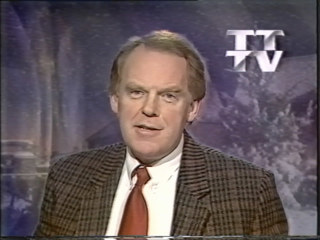 The invision studio for the first Christmas under Yorkshire Television's ownership took on elements from the general christmas trailer style for that year. Bill Steel gives us a rundown of some of the Boxing Day shows that year, as well as reading out the birthday greetings, before leading us into a Disney film premiere. 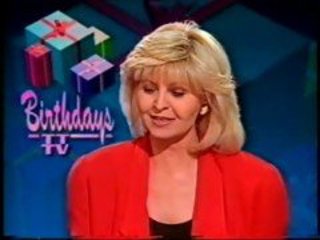 A copy of the birthday spot from 1995. Despite a very different logo for the station, the Birthday Spot doesn't look much different, except for the shorter timeslot to fit in with Yorkshire's timings. The announcer here is the late Kathy Secker, who by the mid nineties was heading up the continuity department with Bill Steele and continued to present for the station's news and current affairs after continuity was closed. Sadly Kathy passed away in late 2015. 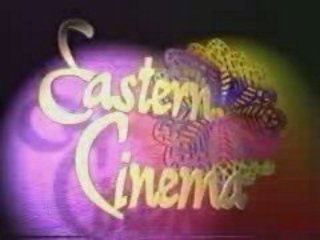 A special, and rarely seen, ident which was used on both Tyne Tees and Yorkshire to introduce the late night weekly eastern film. You can tell its created by Yorkshire, by its use of the 3-D graphics, which YTV have seemed awfully fond of since about the mid-90s.

For Christmas 1997, Yorkshire budgeted for some Channel 3 'Merry Christmas' adverts, with the only change between them and Yorkshire being a 3 or a Chevron as had been commonplace with all their presentation throughout the 90s! A few variants of these promos existed, with this one promoting movies on the channel over christmas... though not actually saying what any of them were! 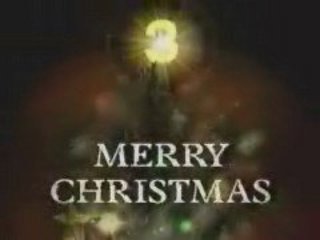 In an alternative variant, Yorkshire frightens the little kiddies by telling them Santa was taking next year off! 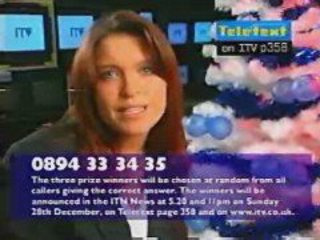 Throughout Christmas day 1997, ITV ran a competition through primetime. Basically it involved counting how many Christmas trees were in all the programmes then ringing up a number. Money raised from that would go towards helping the National Missing Person's helpline. Yep, this was the days when ITV still managed to made it convincingly look like they actually cared about the community! This shows just one of many links into the programmes broadcast that evening. 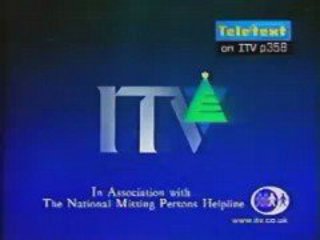 Another link from the Count The Christmas Trees competition, this time done by Trevor McDonald. 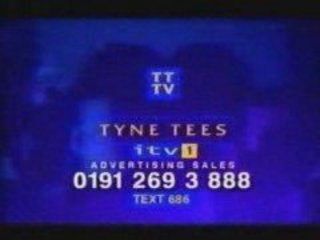 Throughout the eighties, Tyne Tees in common with a lot of regions used to heavily advertise its advertising space to fill slots on 3 and 4. A lot has changed since then, mainly in terms of who owns what. In the early 2000s, ITV were suffering a slump in advertising revenue. In response, TTTV's parent company at the time Granada produced these 'Its the business' ads in late 2001 across all their stations. It isn't noticeable on here, but where it says 'Page 686' (a text page which seemingly didn't exist) at the end, that has been superimposed over the top of the ITV.com logo of the time. They couldn't even be bothered to dig out an old ITV.com-less ident! This advert remained in use, just slightly re-edited, after the hearts were dropped. 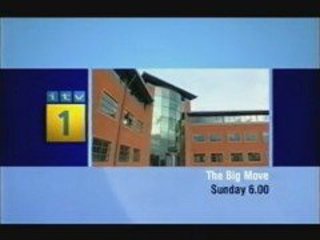 2005 brought the day we'd all been expecting for some time. Tyne Tees finally left their City Road studios to move to a new studio complex. Their home since 1959, in recent years the site had become a goldmine in terms of land (being situated in the now redeveloped Newcastle Quayside), as well as having had pretty much all studio production mothballed. The solution to this; move them to a much cheaper and smaller (but state of the art!) industrial estate in Gateshead (and later shoehorn Border TV in too). Needless to say, the move was marked (though the simultaneous closing of their Teeside Studio was kept quiet about). This features a trailer for a documentary about the move. 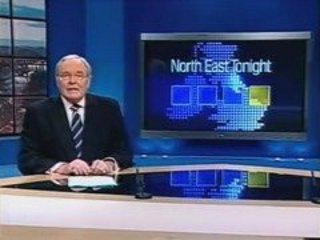 As Tyne Tees prepare to pack up and move to their tiny shed down the road in 2005, the opening from the last ever edition of North East Tonight from City Road in Newcastle. 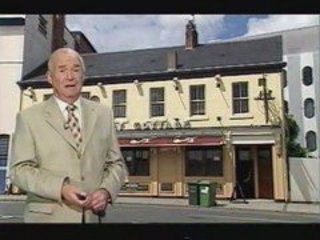 Later on in the last City Road program, and Bob Johnson introduces his weather forecast with a slightly more familiar road in place of the usual Weather Village feature. 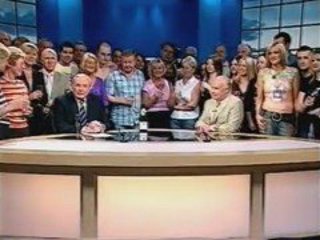 A longer report towards the end of the last edition of the news from Tyne Tees' City Road home. A report from the new studios with the becoming familiar generic ITV news set kicks things off, along with a brief look back at the fit out of the new building, before finishing with everyone getting together in the old studio to say goodnight for one last time from Newcastle. Although one has to wonder how many of those staff still remain with the station today... 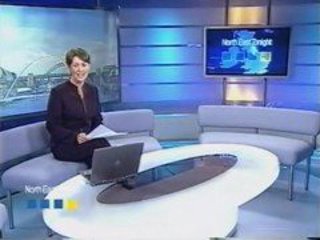