The teletext broadcasts began with both Ceefax and the independent service Oracle in the mid 70s. The service itself looked very basic by modern standards, with only 8 colours, some blocky graphics and simple effects, but over the decades people grew to love the service. The end of the 90s saw the beginning of the end though. With it being pushed out of the emerging digital spec in the UK (contrasted with the continent), and the growth of the internet making the text services less profitable, the service hit decline. Teletext, the main commercial provider on ITV, Channel 4 and Five effectively pulled the plug at the end of 2009, with Ceefax following in disappearance as digital switchover was completed in 2012.

During its heyday, the teletext services had an unusual side benefit. They were great for filling hours of unprofitable overnight space cheaply. All you needed was a text generator that could sit playing pages in a loop for hours without anyone monitoring, and you were sorted. To celebrate the end of the service, we take a look back at some of these 'in vision' appearances, right up until the last night of Pages From Ceefax. 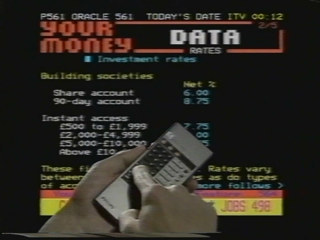 Promoting the financial pages on teletext service Oracle in the late 80s. You can now relive those crazy days of >10% interest rates! 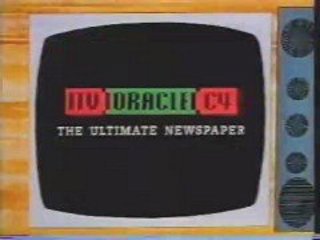 Oracle, if you've not seen the extensive coverage elsewhere on the site already, used to provide the teletext service on ITV and Channel 4, up until it was outbid by the unimaginatively named 'Teletext ltd', losing it's franchise in 1993. Here is an advert from 1991 for their service. 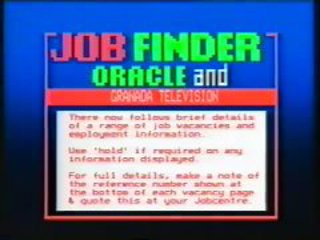 Jobfinder was so much simpler in the good old days. Just a caption generator playing out a selection of pages from Oracle, with some music over the top, occasionally interspersed with some 80s photos. Just incase being unemployed was putting a set with a teletext decoder out of the viewers reach... 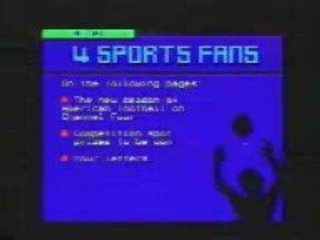 4 Tel was Channel 4's own service, containing listings and information on Channel 4. Ran seperately to Teletext, it was eventually phased out in favour of an alternative service provided by Teletext Ltd themselves. During its lifetime, overnight closed time on Channel 4 was often filled with 4-Tel on View; a loop of the usual pages played out in broadcast form, with a series of animations between. Shown here, an ad for the service from the late 80s. 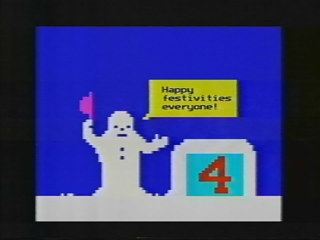 Some Christmas theming for the 4-Tel overnight service. From the early hours of January 3rd 1995, so we're not quite out of 12th night yet! 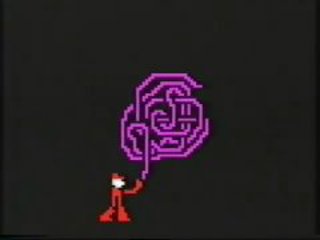 Recorded from overnight Channel 4 in 1996, there now follows a series of animations from throughout the 4-Tel on View sequence. The sequence itself, in this case, went on for around 10 minutes, with short animations in between. First, a friendly chap brings out a crumpled up paper, and welcomes us to 4-Tel on View! 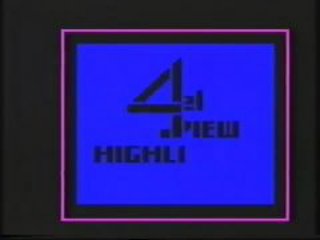 Moving from TV Listings to TV Highlights pages, with seemless and swish transitions. Powerpoint, eat your heart out! 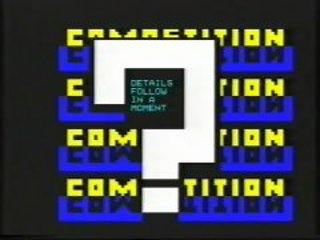 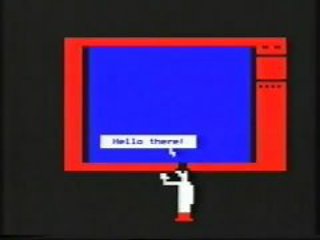 Just in case you've been watching this loop for several minutes, somehow evading ear damage from the 8Khz tones, and still don't have a clue what you're actually looking at... our friend jumps out of the TV to tell you! 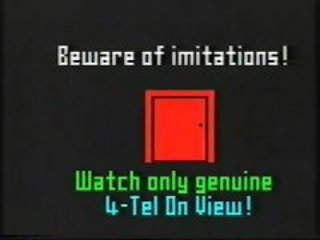 Coming to the end now, and everyone's favourite man of Lego appears from a magic door, first to warn you about those pesky imitation services (I hear people impersonating animated block characters on TV was a big issue in the mid 90s), before wrapping up the 4-Tel loop! 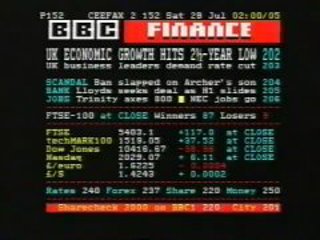 Switching from commercial television over to the BBC now, and it's the end of the day for BBC2 in 2001... so there's just time to say a few goodnights, before switching to Pages From Ceefax. And if they thought UK Economic Growth hitting a 2.5 year low was a major issue then, they certainly wouldn't like our 2008 economy... 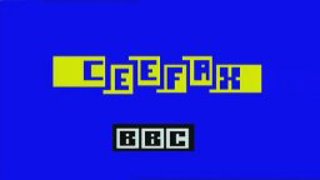 The switchover of the last region from analogue to digital in the UK spelled the end for the traditional World Service Teletext. Along with this went the BBC tradition of filling dead overnight airtime with a broadcast version of Pages from Ceefax. To mark the occasion, a recreated version of the BBC2 of the early 80s was broadcast along with some music for the last time. This shows the intro to that last overnight slot. 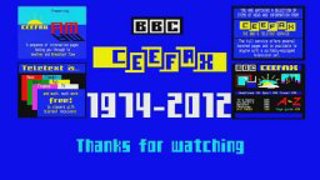 A few hours later, and after a final montage, the music comes to a close and we say a tearful goodbye to Ceefax for the very last time before heading into the morning's programmes on BBC Two. Certainly one for the adults rather than the young audience expecting their shows to start moments later!