E4 Extra (or E4Xtra depending on how you style it) was launched as a replacement on Freeview for 4Music on 29th June 2022, officially promoted as 9am for programming on most adverts though others mentioned 7am and indeed the branding appeared from this point alongside lingering 4Music programming. For some time the 4Music channel had been drifting towards showing more general entertainment programming and less music, so the rebrand made some sense, with 4Music in turn being moved back to satellite and replacing Box Hits with its remit moved back towards music. The new channel heavily borrowed from the main E4 channel, though retained much of the lower budget of the 4Music channel that had preceeded it. 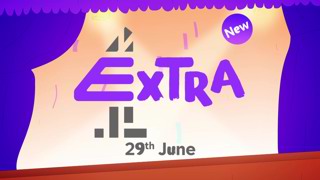 In June 2022 it was announced that the channel would be replaced on Freeview by a spinoff E4 general entertainment channel known as 'E4 Extra' (or Xtra depending on how stylised), with the 4Music brand being pulled back to satellite only as a music-focused channel replacing Box Hits. This trailer for the new spinoff channel appeared in late June. 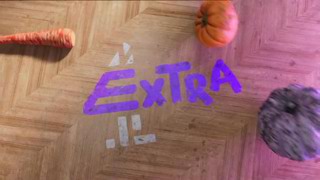 For launch, E4 Extra appeared with 4 idents, similar in style to those of E4 albeit all by one producer this time. These first started appearing from 7am on June 29th 2022, during hours which still air box-music-style programming with some promotional material advertising content not officially launching until 9am that day. Here a child presents the Most Dangerous Interdimensional Monster as a prize winner. Due to the history for the channel inherited from 4Music, continuity on E4 Extra mostly consists of the same generic announcements into each junction. 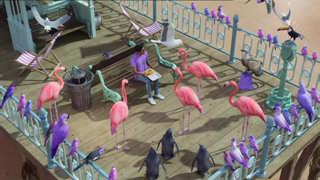 The second E4 Extra ident features a flamingos (and other friends) helping themselves to chips, which may or may not have been formed up in a recreated Channel 4 ident from the 80s. 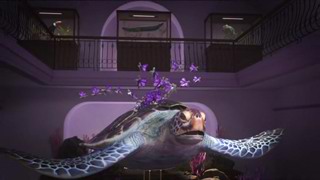 A museum exhibit comes to life in a third E4 Extra ident. 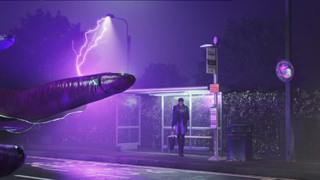 Eefer from a previous E4 ident package may no longer be visiting this bus stop, but other creatures are there to make up for it. 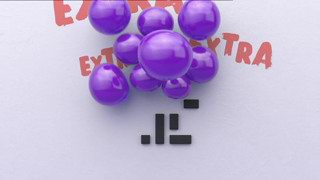 Looking to capitalise on their current E4 presentation package as much as possible, break bumpers for the new E4Xtra channel used the same bumpers as the big sister E4 channel just with additional wording now added to the background. When presented this way the full word 'Extra' by itself is also used. Here purple bubbles on white. 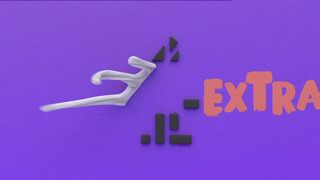 The white sideways goo against a purple backdrop bumper sees the token 'Extra' addition for the new channel. 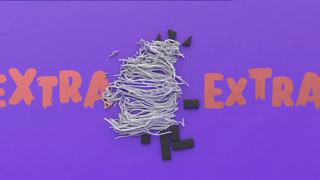 The worms/string E4 break bumper, with a purple background, tweaked to add on the 'Extra' wording. 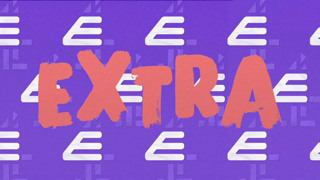 An example of the programme promotion style for E4 Extra. Like the break bumpers on the channel, this is essentially the same house style as E4 with the word 'Extra' scrawled on the very end frames.