UK History (later remamed UKTV History) initially started on 30th October 2002 as one of the launch channels for the fledgling Freeview service, and an early foray into free channels for the then largely subscription based UKTV. The channel remit was to carry history related documentaries and shows, although the remit has been broadened in following years to bring in other shows such as comedy.

Following the success of the distinct name rebrand for 'Dave' in 2007, UKTV History was rebranded as Yesterday in March 2009. 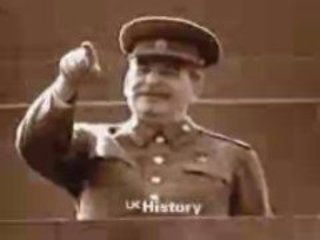 A long looped advert for the new BBC/Flextech channel UK History. This was broadcast on Freeview in the run up to the launch of both the 'Freeview' service and the channel itself throughout October 2002. 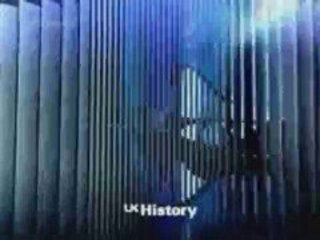 Personally I find UK History's ident quite impressive. A giant CGI Book with historical imagery appearing on the pages, combines nicely with the sound. These idents are a nightmare to encode to video files though! An example of a UK History promo showing one of the channel's 'themed weeks'. They seemed to be very fond of theme weeks at launch, having one on the go at almost any given time. Like a DFS Must End Soon Best Ever Sale week! 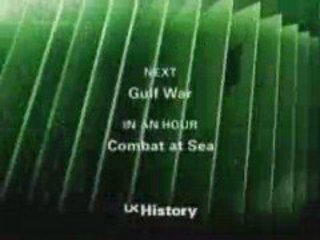 UK History often had a programme menu like this before advert breaks reusing the 'book' theme from the idents. 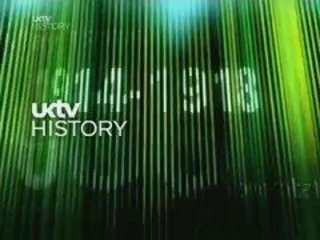 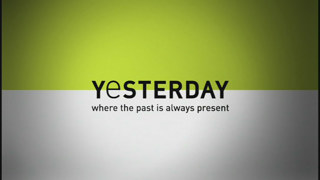 Initiially after the rebrand from UKTV History to Yesterday introduced in 2009, the new Yesterday logo was set against green and white, designed to work well with the 'logos in circles' motif UKTV were going with for all their channels at the time. This set of branding lasted through until summer 2012. 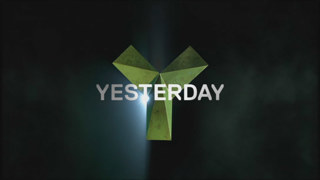 In 2012, Yesterday was rebranded again, with themed idents that could be used for the broader genres of programming now in use, as well as a giant Y as part of the logo making for something easier to use in icons and other areas of limited space. In this version, the Y is providing an eclipse of the light. 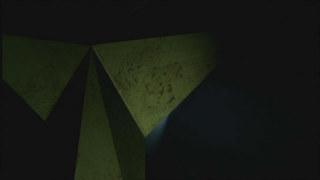 A lesson in pyrotechnics in this Yesterday ident as sparks and flames both feature heavily. Don't try this one at home kids! 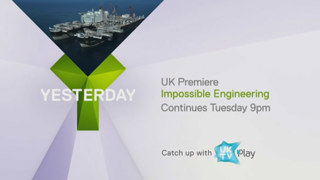 An example of the 2017 trailer style for Yesterday, using the Y device to allow cutaway rotating graphics around it. 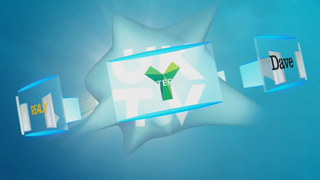 Like other channels from UKTV, Yesterday has some elements of the shared blue UKTV graphics mixed in alongside the channel's own presentation. Here is their tailored version of the UKTV network break bumper, starting with the Yesterday logo front and centre, before circling through the other channels. 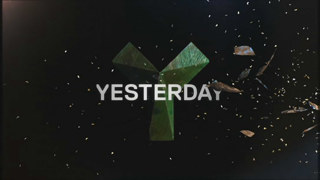 Leaves fall all around the Yesterday logo, in this long ident. 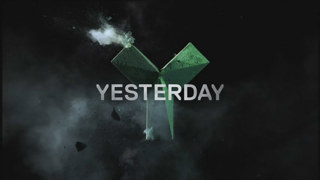 One of the original launch set of idents for Yesterday. A giant Y is shot repeatedly, only to be fully intact moments later. 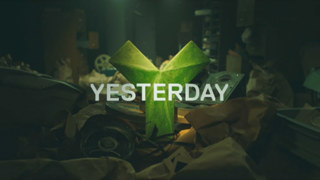 New idents were introduced to Yesterday in 2018, all featuring a room/area with forgotten items put together to mark the exclusive series Forgotten History. Old cassette reels and film canisters can be seen in an old archive room here, before revealing the large 'Y' logo. 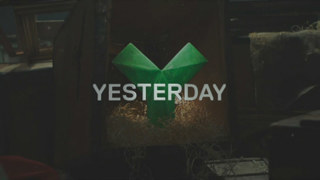 Antique artwork sits in storage in this ident for Yesterday. Someone probably doesn't realise they could be sitting on a small fortune if they were ever to take that giant green Y onto Antiques Roadshow. 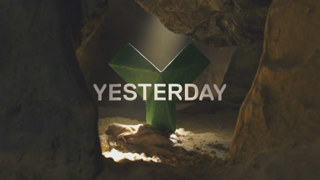 Deep in the sandy caves lives the fabled Yesterday ident. Feared by the nearby townsfolk, it guards a precious invisible horde. 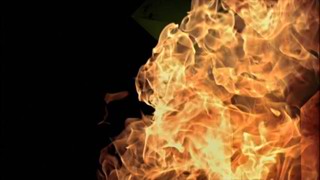 To mark IWD on March 8th 2021, UKTV handed over continuity on all their channels to female members of the team, as well as dedicating the schedules and presentation of subscription channel W to celebrating women. Yesterday made an early start in acknowledging the day in this 8am announcement. 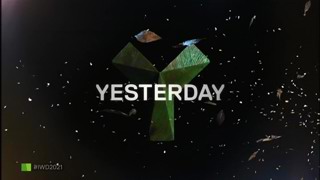 A second special IWD junction for Yesterday from Nicola, aired into the 1pm junction on March 8th 2021. 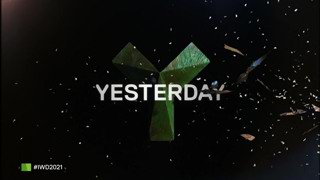 Another special announcement for Yesterday to mark International Women's Day 2021. This time round Emma does the honours, leading in to the 3pm junction on the channel. Gillian from UKTV's team provides the continuity into the 6pm junction on Yesterday as part of the channel's day of celebration for International Women's Day 2021. 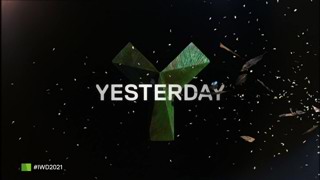 For the 7pm junction on Yesterday on March 8th 2021, two special IWD announcements aired. The first was used to lead in to an extended promo for the main celebrations over on their subscription W channel. The second special announcement around the 7pm junction on Yesterday was provided by Juliana. 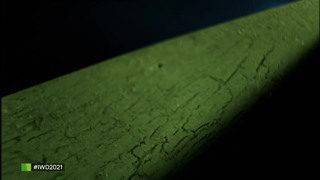 Anoter special International Women's Day announcement from March 8th 2021, into the 8pm junction on the channel.